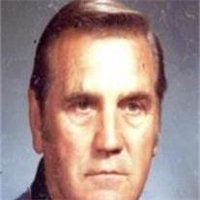 Edward Adam Lane, 88, formerly of Mansfield Ave., Star City, passed away Saturday morning, January 29, 2011 at Golden Living Center of Waynesburg, PA.He was born in Osage, WV on August 18, 1922, a son of the late Roman Levdansky and the late Mary (Pockery) Levdansky.Survivors include two sisters, Romain June Liston and her husband William of Great Falls, MT and Margaret Chambers of Grand Rapids, MI five nephews and three nieces..In addition to his parents, he was preceded in death by his wife, Betty J. Rodeheaver Lane in 2004 a daughter, Connie Jean Lane in 1979 one brother, Walter Levdansky and three sisters, Nellie Magon, Victoria Petryszak and Helen Saiko.A 1940 Graduate of University High School, he served in the Merchant Marines during World War II from 1944-1946. He was formerly employed as a coal miner at Osage and Arkwright Mines and was a former member of the U.M.W.A. Additionally, he worked at the Morgantown Glass Work Guild and belong to the Local Union #538 in which he served as President for seven years. Edward also owned and operated the Lane Security Service for 25 years.He was a 25 year member of the Star City Volunteer Fire Department where he served as its President for six years. He was also served as the Recorder and was a Councilman in Star City for 10 years.In keeping with Mr. Lane&acirc;s wishes, there will be no public visitation or funeral service. A private graveside service with Catholic Burial Rites will be held at Beverly Hills Memorial Gardens in Westover.Hastings Funeral Home, 153 Spruce St., Morgantown is in charge of the arrangements.Send condolences online at www.hastingsfuneralhome.com