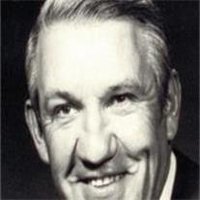 Frederick Appleton Schaus, 84, died February 10, 2010, at the Madison Nursing Center in Morgantown. He was born June 30, 1925 in Newark, Ohio. He graduated from Newark High School and played on the state championship basketball team in 1943. Schaus served in the U.S. Navy from 1943-46. He attended West Virginia University where he was student body president, earned All-America honors in basketball in 1949 and received bachelors and masters degrees in Physical Education in 1949 and 1953, respectively. He married Barbara Jean Scherr of Morgantown in 1950. Schaus played professional basketball from 1949-1954 for the Fort Wayne Pistons (1949-53) and New York Knicks (1953-54). He served as head men&acirc;s basketball coach at West Virginia University from 1954-1960. Schaus also was head coach and vice president for the Los Angeles Lakers from 1960-73. He acted as head men&acirc;s basketball coach and assistant athletic director at Purdue University from 1973-80. Schaus completed his career as athletic director at West Virginia University from 1981-89. His list of noteworthy accomplishments include: being named to the West Virginia Academy of Distinguished Alumni, the Order of Vandalia and Hall of Fames for Newark High School, State of West Virginia, State of Ohio, WVU Athletic Department and the WVU School of Education. He is survived by his wife Barbara, sons John and Jim, sister Mary Brown and grandchildren: Kevin, Diane, Laura, Steven, Scott and Curtis. &acirc;Friendly Fred&acirc; will be remembered for his integrity, love of God and family, and how he graciously treated each person he met. Hastings Funeral Home, 153 Spruce Street is in charge of arrangements. Friends will be received at Suncrest United Methodist Church from 2-4pm on Sunday, February 14. A funeral service will be held in the church at 3pm with Rev. Tim W. Halloran and Rev. William R. Kinsey officiating. Burial will be held at 1pm on Monday, Feberuary 15, Fairmount Cemetery in Jacksontown, OH In lieu of flowers, the family requests that any gifts be directed to the Fred and Barbara Schaus Scholarship Fund through the WVU Foundation, PO Box 1650, Morgantown, WV 26507. Honorary &acirc;Coffee Club&acirc; Bob Jack, Suds Powell, Mike Roberts and Dick Meckley.