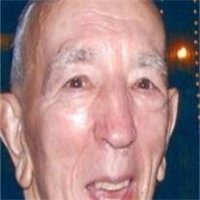 Harold Gene Casteel, 78, of Canyon Road, Morgantown, passed away Friday, November 27, 2009, at his residence.Harold was born in Morgantown on May 31, 1931, the son of the late Ray and Rose Pancoast Casteel He was a Charter Member of Canyon Presbyterian Church where he served as an elder. He proudly served his country in the U.S. Air Force from 1951-1955. He was a produce manager for A&amp;P for 27 years and with Shop-n-Save for 20 years. He was a lifetime member of VFW Post 548 and a member of the Canyon Senior Citizens. Harold loved gardening and was famous for his hostas. He is survived by his loving wife, Dorothy Jean Whitehair Casteel, his daughters, Debbie Simpson and husband, Jim of Morgantown, Cheryl Fletcher and husband Mike of Morgantown, Martha Siconolfi and her husband, J.D. of Walhalla, SC, his grandchildren, Brian Simpson and his wife, Jamie, Bethanie Crites and her husband, Robbie, Brandon Simpson and his wife, Elisabeth, Shaun Fletcher and his wife, Angie, Jason Fletcher and his fianc&Atilde;&copy;e Daisy Southern, Jay Klein, Kevin Klein and his wife, Ashley, Mandy Davidson and her husband, Jim, and Joey Siconolfi, his great-grandchildren, Ella and Lexi Simpson, Hank Crites, Jana Fletcher Greyson, Ann Thornburg, Juliet Klein, Blake and Anna Davidson and one expected great-grandchild, he is also survived by a brother, Gary Ray Casteel Sr. and his wife, Nancy of Morgantown, a sister-in-law Elizabeth Starkey of Niles, OH and several nieces and nephews. In addition to his parents, he was preceded in death by a brother, Kenneth Ray Casteel and a sister Loretta Wolfe Eminger. Friends will be received at Hastings Funeral Home, 153 Spruce St., Morgantown, from 6-8pm on Sunday, November 29, 2-4 &amp; 6-8pm on Monday, November 30. Visitation will continue on Tuesday, December 1, at Avery United Methodist Church from 10-11am. A funeral service will be held in the church at 11am with Rev. Richard Work officiating. Burial will follow at the WV National Cemetery in Pruntytown at 1:00pm with full military honors. Donations may be made in Harold&acirc;s memory to the Canyon Presbyterian Church or Canyon Food Pantry, in care of Virginia Justus, 55 Canyon School Road, Morgantown, WV 26508.