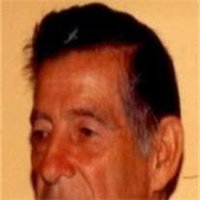 Donald Haun,83, of Grafton Road, Morgantown, passed away Friday, November 27, 2009, at his residence with his wife and daughter at his side.Donald was born in Morgantown, on September 11, 1926, the son of the late Jesse and Tinta Bell Phillips Haun. He was a member of Community United Methodist Church. Donald was a retired coal miner having worked at Pittswick Mine for 33 years. He also enjoyed attending the Sage Brush Round-up. He is survived by his wife of 53 years, Dolores Irene McKinney Haun, a daughter, Donna Bell Sisler and husband, Rev. Robert A. Sisler, one grandson, Steven Michael Sisler and wife, Angie, three great-grandchildren, Leah and Adam Sisler and Luke Lemasters, one brother, Lawrence Haun of Chester, WV as well as 14 nieces and nephews. In addition to his parents, he was preceded death by his siblings, Tressie, Mildred, William, Lee and Jacob (Ray).Friends will be received at Hastings Funeral Home, 153 Spruce St., Morgantown, from 3-5pm and 7-9pm on Wednesday, December 2, and from 10-11am on Thursday, December 3. A funeral service will be held in the funeral home at 11am on Thursday, with Rev. Gary Helms officiating. Burial will follow at Mt. Calvary Cemetery. Donations may be made in Donald&acirc;s memory to the Community United Methodist Church, 1966, Grafton Road, Morgantown, WV 26508Send condolences online at www.hastingsfuneralhome.com