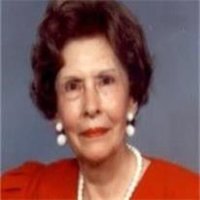 Jeanne Trevillian Lough, 85, of Heritage Point, formerly of Stewart Place passed away, Monday, November 16, 2009 at Ruby Memorial Hospital.She was born in Granville, West Virginia on August 13, 1924. The small village was established in 1814 by her ancestors, Captain David Scott and his son, Captain Felix Scott. Captain David Scott was one of the founders of Morgantown. Mrs. Lough was an avid genealogist who traced four lines of her family who settled in Virginia and Monongalia County before the Revolutionary War. She was a member of the National Society of the Colonial Dames of America in the Commonwealth of Virginia and the Daughters of the American Revolution.She was the daughter of the late Paul Hough Trevillian, a long time member of the Morgantown City Council and a Distinguished West Virginian for his service to the state. Her mother, the late Lessie Wilson Trevillian, was a writer and public speaker.Mrs. Lough graduated from Morgantown High School in 1941 and West Virginia University in 1946. She received a Bachelor of Arts degree in History and English and completed her teacher training, at University High School. She was a member of the National Honor Society and Delta Gamma Sorority. While her husband, William Earl Lough, whom she married in 1944, completed his senior year at West Virginia University after service in World War II, Mrs. Lough taught music and history at Everettsville Junior High School.In 1947 she and her husband began a forty two year odyssey throughout the United States and Europe. She taught English and history in secondary public schools in West Virginia, Pennsylvania, New Jersey and New York. She was a photographic model for Pittsburgh Post Gazette and a teacher of fashion and modeling at the Earl Wheeler Finishing School in Pittsburgh, Pennsylvania. In 1967 and 1968 she received awards as an outstanding teacher in the Union County Regional High School system, Clark, New Jersey. She was a member of the National Education Association of English teachers. She began a writing career and several of her articles on the methodology of team teaching, were published in the New Jersey English Journal. She was a supervising teacher for student teachers who were enrolled in Trenton State College, Trenton, New Jersey.Her career in historic preservation and historic research began in 1972 when she and her family moved to Bryn Mawr, PA. She became a member of the Philadelphia Society for the Preservation of Landmarks. In that organization, she was appointed assistant research director for the historic ancestral home of General Anthony Wayne in Paoli, Pennsylvania.She edited and designed a booklet containing biographical and pictorial accounts of the life of General Wayne. One of her most exciting experiences was personally selling the booklet at Hatchards, The Queen&acirc;s bookstore in London and Blackwell&acirc;s in Oxford, England.She wrote an interpretive furnishing plan and guide program for &acirc;Waynesborough&acirc; which continues a s the basis for the present program of the historic house which is now open to the public. She wrote many articles on this subject and on her European travels for the Suburban and Wayne Times a weekly newspaper, located in Wayne, Pennsylvania.In 1976 she was elected to the Athenaeum of Philadelphia, a proprietary library founded in 1814. Its purpose is to maintain a &acirc;reference library for members and shareholders, a depository of rare books of interest to scholars.&acirc; She was also a guide and lecturer at Pennsylvania Hospital, the oldest hospital in the United States. She received a certificate of achievement for her work in this institution. In 1983 Mrs. Lough was accepted as a student at the Philadelphia Museum of Art. After completing, a two year course, she was qualified as a guide and lecturer with a specialty in American painting and furniture. She often said that her life took on a new and different meaning after her experiences in the World of Art. &acirc;The study of art teaches the student that there is a universal practice among all civilizations in the creation of art. It helped me to understand different cultures and the importance of beauty and tolerance of all societies.&acirc;She was on the Executive Committees of the Philadelphia Museum of Art, &acirc;Grumble Thorpe,&acirc; the Wister ancestral home in Germantown, Pennsylvania and &acirc;Waynesborough.&acirc; She was a member of Overbrook Golf Club in Bryn Mawr, Pennsylvania and the historic Radnon United Methodist Church.In 1989 she and her husband returned to live in Morgantown, she was a member of the United Wesley Methodist Church and other Community organizations. She continued to write and in 1995 published an historical account of the early pioneers in Monongalia County. While she lived for many years in other areas, she told her friends and family. &acirc;There was always a magical, mystical tie to the beauty of West Virginia no matter where I lived. I attributed this feeling, to the fact that four branches of my family settled this area 225 years ago. &acirc;You can go home again if your roots are deep and remain intact.&quot;She is survived by her husband of 65 years, son William Earl Lough II and wife Barbara Pinaire of Edina, Minnesota, son David Allen Lough and wife Sydney Moore of Seattle, Washington. She is also survived by four grandchildren Erin Lough, Trevelyn Lough, Aubrey Lough and Rachel Lough one great grandson, Kadin Lough-Morelli and a sister Lois Kay Jackson of Maryville, Tennessee.She was preceded in death by her parents, a sister, Joanne Trevillian McCready and a daughter, Kimberly Carol Lough.Cremation services provided by Hastings Funeral Home.Family graveside service will be held Beverly Hills Memorial Gardens.Donations may be made in her memory to or the Philadelphia Museum of Art, Benjamin Franklin Parkway at 26th Street, P.O. Box 7646, Philadelphia, Pennsylvania 19101 or The Ruby Memorial Grateful Patients and Families Fund, checks payable to WVU Foundation, P.O. Box 9008, Morgantown, WV 26506.