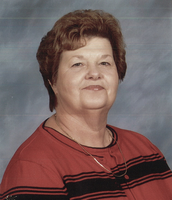 Mary Catherine (Cathy) Robinson of Morgantown, WV passed away at her home on Thursday, July 16th, 2020. She had just turned 73. She was born in Washington DC on July 12th, 1947 the daughter of Tony and Ann (Sabljak) Lenevich. She was raised in Moundsville, WV and graduated from Moundsville High School in 1965. Those that knew Cathy would not be surprised she was named Most Congenial of her graduating class because she exuded such warmth and affability throughout her life. Cathy made many friends across WV as in addition to Moundsville, she spent time living in Martinsburg, Teay's Valley and for the last 19 years in Morgantown. Cathy was a devoted daughter, wife and mother. She married Brent Robinson, her husband of 51 years, on January 2nd, 1969. In addition to homemaker, Cathy worked as a clerk for the county assessor in both Marshall and Berkeley County. She enjoyed her years of public service. Most of all she cherished attending countless events, usually sports, of her daughter, Toni (Robinson) DiChiacchio, and son, Donald Robinson. As they grew up her children could always count on their mother being in the stands, along with their grandmother Ann. Cathy was dedicated to her mother, considered her a best friend, and included her in everything. Cathy also loved spending time at their Myrtle Beach home with friends, volunteering at food banks, and being surrounded by family. She is survived by her husband, Brent Robinson; her daughter Toni DiChiacchio and husband Vince; her son Donald Robinson and wife Carrie; and her eight grandchildren: Dominic DiChiacchio, Brent Robinson II, Sean Robinson, Kate Robinson, Anne Robinson, Beth Robinson, Grace Robinson and Grant Robinson all of Morgantown. Also surviving is her sister Pat Arnold (Mike) of Fredericksburg, VA and her brother John Lenevich of Belmont, OH and many dear nieces and nephews. In addition to her parents she is predeceased by her brother, Anthony (Tony) Lenevich and his wife Pam of Tridelphia, WV and sister-in-law Marsha Lenevich of Belmont, OH. In lieu of flowers, donation may be made in her name to St. Ursula Food Panty & Outreach, P.O. Box 18, Pursglove, WV 26546 or Stepping Stones 400 Mylan Park Lane, Morgantown, WV 26501. Due to the COVID-19 pandemic, a private family service and mass will be held at St. Mary's Catholic Church with entombment to follow at St. Mary's Catholic Church Peace Mausoleum. Hastings Funeral Home has been entrusted with arrangements and online condolences may be made at www.hastingsfuneralhome.com.