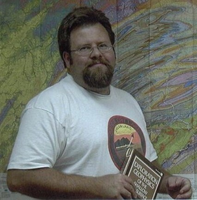 Dr. Sean Michael Sherlock, 57, of Morgantown, passed away Thursday July 23, 2020 in his home. Sean was born on July 20, 1963 in Windber, PA, the son of C. Edward Sherlock and the late Annette "Penny" (Strittmatter) Sherlock. Sean graduated from Johnstown Vo-Tech School in 1981. He went on to the University of Pittsburgh at Johnstown where he earned his B.S. in Natural Sciences and Geology in 1984. He subsequently earned his M.S. in Geology from Northern Arizona University in 1986 and his PhD in Geology from West Virginia University in 1997. He worked as a professional Geologist in Environmental Consulting for well over 30 years, ultimately owning and operating his own consulting company, Allegheny Geosciences. His curiosity reached further than just natural sciences. He also loved astronomy, history, and was an avid outdoorsman. He was particularly interested in Civil War and Mining History. He is survived by his father C. Edward Sherlock and step-mother Debra Sherlock. He is also survived by his three children Brendan, Molly, and Maggie Sherlock, his siblings Brian Sherlock and Erin Forster, his step-sister Lisa Custer, and his former wife Dr. Kathryn Hauk Sherlock. He was preceded in death by his mother, Penny. In accordance with his wishes, Cremation services will be provided by Hastings Funeral Home. A celebration of his life will be held at a later date and he will be interred in Richland Cemetery in Johnstown PA. In lieu of flowers, donations may be made in his memory to: The University of Pittsburgh at Johnstown Scholarship Fund https://securelb.imodules.com/s/1729/18/form-giving.aspx?sid=1729&gid=2&pgid=785&cid=1615%2c&bledit=1&sort=1&appealcode=upj&dids=19070.18558.13206.16876.19659.18975 The WVU Geology Student Field Experience Fund https://secure.give.wvu.edu/3V1020 Send online condolences at www.hastingsfuneralhome.com