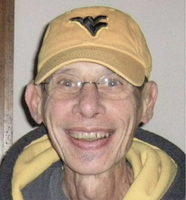 Hugh R. "Jack" Blaker passed away peacefully at home on July 28th. Born on November 6, 1948 being the only child to the late Charles and Geraldine Blaker, he was raised in Waynesburg, PA. He enlisted in the Air Force and served as a medical service specialist. He then went on to attain a nursing degree and was the first male nurse hired by WVU Hospital. He spent his entire career of 32 years there and at Ruby Memorial where he retired as a nurse manager in the Same Day Surgery Unit. In retirement, he enjoyed morning coffee with his gang at The Grind, continuing to attend as many WVU sports events as possible, and being a great pappy to his beloved grandchildren. He also spent many years volunteering for WVU Hockey as the program operations director and serving on the program's Board of Directors. He was recently honored by being inducted into the WVU Hockey Hall of Fame. Despite his small stature, throughout his illness, and what was to follow, Jack showed strength, resilience, and fought till the end. He will be remembered with love, respect, and admiration. He is survived by his wife, Janet; daughter, Gretchen Silver; grandchildren, Taylor and Emily Silver; former son-in-law Josh Silver; brother-in-law, Don Longfellow Jr.; sister in-law Pat Olajide; nieces, Leigh Brahm, Christina Medley; nephews, Jim Springer, Dave Longfellow, many cousins; and the adored family cat, Magic. A celebration of life will be held when safety permits. Contributions in Jack's memory may be made to WVU Hockey P.O. Box 4 Dellslow, WV 26531. Send condolences online at hastingsfuneralhome.com