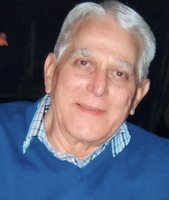 Philip Douglas “Doug” Mooney, 79, of Morgantown, WV passed away on Wednesday, August 26, 2020, at his home. He was born on March 7, 1941, in Nellis, WV, the son of the late Dennis Addison and Mildred Frances (Pelphrey) Mooney. Doug graduated with honors from Marsh Fork High School in Raleigh County, WV, where he participated in varsity football and basketball. He also achieved Eagle Scout status during his time with the Boy Scouts of America. After high school, he earned a Bachelor of Science degree in Political Science from West Virginia University, where he was a member of the Sigma Nu fraternity. While earning his undergraduate degree, Doug was enrolled in the ROTC program. Upon graduation, he was inducted into the United States Army. During his military service from 1963 - 1968, he served with the 25th Infantry Wolfhound Division. He completed a one-year tour of duty in Vietnam and achieved rank of Captain before resigning from the Army to attend law school. Doug graduated from West Virginia University School of Law in 1971 and began his legal career with Pat R. Hamilton Law Firm in Oak Hill, WV, where he became partner and remained until 1991. At that time, he moved to Morgantown to work with Reeder and Shuman. He continued practicing there until the time of his death. He was a member of the First Presbyterian Church of Morgantown where he served as Session member and a deacon. He also was a member of the Legal and Finance Committee, as well as several other committees, and served on a Pancake Breakfast team for many years. Of all the roles he held at the church, perhaps his favorite was “greeter” for Sunday worship services. An avid outdoorsman, Doug spent many years with special friends hunting and fishing at Hunting Ridge, Hardy County, WV. He especially loved fishing on the Greenbrier River with his grandchildren. Doug is survived by his loving wife, Carole, of 57 years; sons William (wife Donna) and Mark (wife Amy); grandchildren Sarah (husband Michael Maloney), and Harper and Emmett Mooney; brother John (wife Deanna), two nieces and six nephews. In addition to his parents, Doug was preceded in death by his sister, Frances Sleeth, and a brother, Dennis Michael Mooney. Hastings Funeral Home/Omega Crematory is in charge of arrangements. A private family service was held at First Presbyterian Church in Morgantown, with Rev. Zachary Morton officiating. Send condolences online at www.hastingsfuneralhome.com In lieu of flowers, you are encouraged to donate on behalf of Doug’s memory to First Presbyterian Church, Morgantown, to cancer research, or to a charity of your choice. The family wishes to express their thanks and gratitude to the many who have been supportive and caring through the past year. Special thanks to the staff of Mary Babb Randolph Cancer Center, especially Dr. Joanna Kolodney and her staff, and Dr. Alan Thomay.