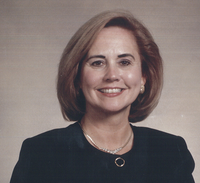 Ellen Harris Baliker, 77, of Morgantown, WV, passed away peacefully on March 30, 2021, following a courageous battle with Parkinson's Disease. She was born March 21, 1944, to Estella and Ransel (Red) Fowler, and raised in the Georgetown/Arnettsville area of Monongalia County. Ellen was a 1962 graduate of Morgantown High School. When her sons were young, she enjoyed serving on the parent advisory committee for Boy Scout Troop 52. She was thrilled that both of her sons and her grandson made it to the rank of Eagle Scout. She also served as a team mom for the Westover Junior High School basketball team, and as a Band Booster for the MHS Red & Blue Marching Band. Ellen had a distinguished career, with 37 years in Federal government where she was relied upon for her expertise in human resources. She retired from DOE/NETL in 2003 with recognition of her service as "a pillar in the Federal human resources community." In 1999, she met and married her best friend and the love of her life, John Baliker. Family was the center of her personal life and she enjoyed all the activities of her grandchildren and cheered their accomplishments. They were the light of her life. Ellen lived her retirement years to the fullest, golfing, playing bridge, dancing, and traveling the world with her husband John. She served as Queen Mother of the Vivacious Violets Red Hat group. She was a lifetime member of the Mon Health Medical Center Auxiliary, was active with the Morgantown Service League and was a member of Suncrest United Methodist Church. In addition to her parents, Ellen was preceded in death by her brother, George Fowler, and her sister, Ina Fowler. She is survived by her husband, John Baliker, sons Jim (Aimee) Harris and Jason Harris, grandchildren Cassidy (Coleman) Priddy, Alexa Harris, Dylan Harris, and great-granddaughter Charleigh Priddy, all of Morgantown. Also surviving are her stepchildren, Jack Baliker, Ken (Kelli) Baliker, Paul (Sharon) Baliker, Sara (Caesar) DeAngelo, and Nora Martinez; her step-grandchildren Natalie Baliker, Curtis Baliker, Caroline (John) Bonadelle, Grace (Jacob) Booth, and Wesley Bruso; siblings Butch (Doris) Fowler, Margaret (Steve) Hedrick, Howard (Judy) Fowler, and James (Rowena) Fowler, as well as numerous cherished nieces and nephews. A Celebration of Life will be held at Suncrest United Methodist Church, at a later date, for family and close friends. In lieu of flowers, the family suggests a donation in support of Parkinson's research to The Michael J. Fox Foundation, P.O. Box 5014, Hagerstown, MD 21741-5014 or www.michaeljfox.org. Hastings Funeral Home has been entrusted with cremation arrangements and online condolences may be made at www.hastingsfuneralhome.com.