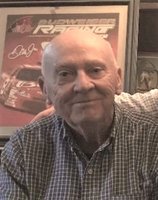 Joseph “Joe” Konchesky, Jr., 88, of Bertha Hill, passed away after a brief illness on Wednesday, April 28, at Mon Health Medical Center. Joe was born on May 29, 1932, the son of the late Anna and Joseph Konchesky, Sr. As a youth, Joe delivered newspapers in the Granville area. He often received awards for his outstanding work ethic. Joe was a 1949 graduate of St. Francis High School. From 1949-1952, he worked for Coca Cola of Morgantown as a delivery driver. He entered the United States Army in December of 1952, serving in the 42nd “D” Battery Artillery Division in Germany. Serving his country until November 1954, he was awarded The National Defense Service Medal, The Good Conduct Medal, and the Army Occupation Medal. Joe was always proud of his military service. After the military, Joe opened the Twin Pines, a bar which he operated for several years. In 1970, he opened Joe’s Place, in Mount Morris, which he owned and operated until the time of his passing. He made many friends over the years and enjoyed joking and telling stories with the delivery drivers, salesmen, and countless customers. Customers living all over the United States would return after making friends with Joe. Joe is survived by his sons, Daniel and Shawn, both of Morgantown. In addition to his parents, Joe is preceded in death by his loving wife of 29 years, Geraldine Konchesky. He was also preceded in death by brothers Donald Konchesky, Robert Konchesky, and Leonard Konchesky and sisters Veronica Campbell and Lucille Fox. Friends and family will be received at Hastings Funeral Home, 153 Spruce St., Morgantown, on Sunday, May 2, from 1:00 pm until 4:00 pm and again on Monday, May 3, from 10:00 am until the time of the funeral service at 11:00 am with Father John McDonough officiating. Interment will follow at East Oak Grove Cemetery with full military services to be conducted by VFW Post 9916 of Westover. In lieu of flowers, donations may be made to St. Ursula’s Food Pantry, 87 Pursglove Rd., Morgantown, WV 26546 Send condolences online at www.hastingsfuneralhome.com