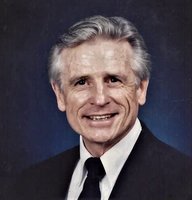 Memorial Service and Celebration of life A memorial service will be held at 5:30 PM on September 2, 2021 at the First Presbyterian Church 456 Spruce St, Morgantown, WV 26505 and will be followed by a Celebration of life Reception at 6:30 pm at the Hotel Morgan 127 High St, Morgantown, WV 26505. Below are the addresses to the live Zoom sessions that will be broadcast at the time of service and the Celebration of life Reception or click the link on the left and use corresponding ID and Password. Service: First Presbyterian Church 5:30pm https://us02web.zoom.us/j/85223199506?pwd=REZvaFlLNHRQVTRodytmQjBEc0V4QT09 ID: 852 2319 9506 Password: 660124 Celebration of life Reception: Hotel Morgan: 6:30pm https://us02web.zoom.us/j/81382220922?pwd=SzRkSXl0TjAyM0kvRCs2ZVd5R0FHUT09 ID: 813 8222 0922 Password: 315285 Dr. Alan Chase Donaldson, a pillar of the community and devoted husband/father/grandfather, died peacefully at home on June 9, 2021. He was born in Northampton, Massachusetts on October 23, 1929, to Ralph Wilfred and Lila Elizabeth Chase Donaldson. Alan attended the renowned preparatory school at Deerfield Academy in Massachusetts, received his bachelor’s degree from Amherst College, his master’s degree from University of Massachusetts, and his doctorate in geology from Penn State University. Alan joined the West Virginia University faculty in 1957 as a geology professor. He served 24 years as Chairman of the Geology & Geography Department at WVU from 1971 to 1995. Alan knew from a young age that he wanted to teach and credited his “geology genes” to previous generations of scientists. He felt his long tenure to pursue his passion was a privilege. In 1995, Alan was awarded the Distinguished West Virginia Award for outstanding achievement and meritorious service by Governor Gaston Caperton. The Distinguished West Virginian Award, which honors a citizen’s service to West Virginia, is the highest award that can be presented to a citizen by the governor. That same year he was recipient of the I.C. White Memorial Award from the Eastern Section of the American Association of Petroleum Geologists (AAPG) for his outstanding contributions to the geologic knowledge of sedimentary rocks in the Appalachian Basin. He was recognized by the Eastern Section of AAPG as the 1989 Outstanding Educator, nominated by Dr. Robert Shumaker, for being an excellent teacher at both the introductory and advanced teaching levels. After he partially retired in 1995, he continued to teach geology classes as professor emeritus for the next ten years until 2005, and organized and taught seminars/courses for the energy and environmental industries. He supervised 14 Ph.D. and 70 M.S./M.A. graduates, and these bonding experiences rank with the highest highlights of his career. He published over 50 papers largely related to sedimentation and sedimentary rocks. His national reputation in research led to him being invited to the prestigious Geological Society of America’s Centenary Volumes on a Decade of North American Geology. Alan academically impacted countless lives which helped advance the careers of his students and faculty, many who became successful in academia, government, and industry. He inspired and transformed individuals from all over the world. A people-oriented person, he was respected for his mentorship abilities, optimism, high energy, and creative way he pushed the “multiple working hypotheses”. His leadership always brought out the best in people. He met the love of his life, Ruth Ellen Rapp, at Penn State University during a get-acquainted dance, shared a short engagement, married in 1957 at State College, PA, then moved to Morgantown the same year. They shared the adventure of their lives together for the next 64 years enjoying dancing, traveling, museums, and performing arts concerts. A handwritten post-it from Alan to Ruth on their 43rd wedding anniversary remains on the mirror at their home with the words, “I now love more of you and less of me, and that’s the way it’s supposed to be.” Always a natural athlete, Alan forged long-lasting friendships playing healthy competitive matches in tennis and other sports, and he immensely cherished those relationships. He was led by his faith in everything he did, and as a member of the First Presbyterian Church, he served as deacon, elder, Stephen Minister, and organizer of “Pancake Breakfast” for the homeless with enthusiasm and fervor. For a period, he was a lay preacher at the Sugar Grove and Canyon churches. Alan and Ruth taught Sunday School, Vacation Bible Camp, and adult education classes. He believed teamwork produced “2 + 2 = 5”, whether at the office or at home with his wife. Alan enjoyed living in Morgantown as well as serving the local community and was an active member of the Morgantown Planning Commission, Morgantown Ward and Boundary Commission, and neighborhood associations. He led an initiative with the Burrough’s Run Neighborhood Association to mitigate the flash flooding caused by the July 1996 storm. He identified the water issues and presented stormwater management solutions to the Morgantown community. Without his efforts, many homeowners would have had disastrous and continuous water damage. Alan is survived by his wife, Ruth and his four children: Deborah Donaldson Shumaker, Jennifer Lee Donaldson Taft, Kurt Alan Donaldson, and Lisa Donaldson Burtner; their spouses: Robert Shumaker, Jr., Robert Taft, Jr., Dr. Debra Donaldson, Dr. David Burtner; their nine grandchildren: Lila Jade Shumaker, Robert and Juliet Taft, David and Brian Donaldson, Dr. Jessica Burtner and husband, Ahmed Islam, Stephanie (Stevie), Sabrina, and Sophia Burtner. He was preceded in death by his dear sister, Annette Donaldson Mackenzie, and his older brother, John Donaldson, who died at age 20 in 1940. A memorial service will be held at the First Presbyterian Church in Morgantown, WV on September 2, 2021. Visit the Hastings Funeral Home website for updates and online condolences at www.hastingsfuneralhome.com. In lieu of flowers, memorial contributions may be made to the Alan C. Donaldson Endowed Scholarship or the Alan C. Donaldson Geology Graduate Student Scholarship on the WVU Department of Geology and Geography website at https://www.geo.wvu.edu; or to the First Presbyterian Church at https://www.firstpresmorgantown.org/donate in Morgantown.