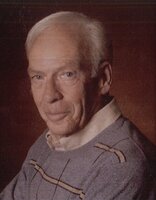 Robert L. “Bob” Shaver, 86, of Morgantown, WV, beloved husband of Joan E. Shaver, passed away on November 4, 2021, at his home with the love of his life by his side. Bob was born June 22, 1935, in Fairmont, WV, son of the late James R. Shaver and Mabel E. Shaver. Bob proudly served his country in the U.S. Navy as a draftsman on the USS Orien. He worked for over 20 years as powerplant engineer at the Monongahela Power Company retiring from the Fort Martin Power Station Division. Bob went on to work as a powerplant engineer consultant in the Middle East, contributing his considerable skills to start-up power plants in Saudi Arabia and Egypt. He was a problem solver and was well-known for his significant improvement to the seawater sediment filter that is still in use today. Bob also served as a consultant for the ABB Power Generations Inc. in Hazelton, PA before finally retiring again in Morgantown, WV where he called home. Retirement for Bob meant working with home contractors using his talent and love of woodworking in the Deep Creek and Morgantown area. He also donated his time to Habitat for Humanity where he not only helped build homes but, as Bob liked to say, helped build young carpenters. Bob and Joan enjoyed doing many things together. They loved playing golf and they loved dancing. Joan said he did a pretty mean “twist”. Bob and Joan also loved to travel. It didn’t matter where they went as long as they were together. They took many trips traveling to places like London, Paris, Amsterdam, and throughout the Middle East. They also found a lot of enjoyment in their WV day trips, finding a new restaurant to stop at on each adventure. Bob was an avid reader and frequented the Cheat Lake Library where his family made many donations in his honor. He had a woodworking shop in his home where he enjoyed spending hours doing projects for his family and friends. In addition to his wife Joan, Bob is survived by children Deborah (Michael) Oliver of Lynch Station, VA, Stephen Evasko of Morgantown, Joy Shaver of Decatur, GA, Robert Mark Shaver of Morgantown, Patricia (Brett) Cendana of Morgantown, grandchildren Christina (Chris) Batelli of Charles Town, WV, Andrew Cendana of St. Clairsville, OH, Stephanie Cook of Uniontown, PA, Tyler Evasko of Morgantown, two great grandchildren, Jazlyn and Braxton of Charles Town, WV, brother Glenn Shaver of Fairmont, WV and numerous nieces and nephews. Bob was proceeded in death by his parents Mable and James Shaver, his siblings Fred Shaver, James Shaver Jr., and Delores Eddy, his “son” in-law Alfred “Brett” Cendana and “sister”-in-law Ruth Shaver. Hastings Funeral Home has been entrusted with arrangements for private family services. The family asks that, in lieu of flowers, donations be made in Bob’s memory to the Brookhaven United Methodist Church PO Box 1, Dellslow, WV 26531 or the Cheat Lake Area Public Library 121 Crosby Rd, Morgantown, WV 26508.