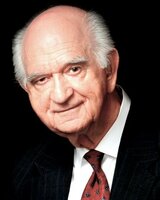 Dr. Clarence Harvey, Jr., 95 of Morgantown went home to his Lord and Savior on December 22, 2021. Dr. Harvey was born in a coal camp in Pierce, West Virginia. Dr. Harvey lived in Tucker County until he was 10 years old. Then, his family relocated to coal camps in Webster County, and finally Monongalia County (Cassville). He often walked or hitchhiked to see the love of his life Wilma Smith. They married on February 2, 1948, and immediately went to “war,” accepting a teaching position in War, McDowell County, WV. They were married for 66 years and had three children, James (Patricia), Richard (Beth) and Susanna (Dave). He was predeceased by Wilma and James. Dr. Harvey loved and enjoyed his grandchildren Nathaniel, John Mark, Rachel, Cearah, Isaiah, Jennifer and Sarah-beth very much. He was thrilled to become a Great-Granddad 13 times. Dr. Harvey attended school in Monongalia County and was a proud graduate of University High School. Upon graduation, one of his teachers wrote the check to pay for his college tuition. This teacher inspired him throughout his college years, and he became the first in his family to obtain a college degree. After graduation, he began his life calling of “being a teacher.” He taught or served as Principal in schools all over Monongalia County, including Waitman-Barbe, Riverside and Osage. Later, he continued his education, earning his doctorate degree from Penn State University in 1965. He served as assistant principal, principal, director of personnel, and assistant superintendent before his retirement in 1984. After retiring, he felt compelled to share his vast knowledge and expertise in education by running for a seat on the Monongalia County Board of Education. Including his years, on the Board of Education, Dr. Harvey served a total of 70 years in the field of education. He believed, as many teachers do, that somehow, somewhere, at some point, he made a difference and impacted the lives of his many students. Dr. Harvey was a 32nd degree Mason. He served on several boards including the Salvation Army Board and the WVU Extension Service. Dr. Harvey was a Monongalia County Senior Citizen of the Year. A private, family service will be held in January, with a public memorial service to be held at a later date. In lieu of flowers, please consider donating to a fund established in Dr. Harvey’s honor to fund a scholarship for University High School students who plan to attend college to become a teacher. A memorial service will be planned for a later date. Hastings Funeral Home has been entrusted with arrangements and online condolences may be made to the family at www.hastingsfuneralhome.com.