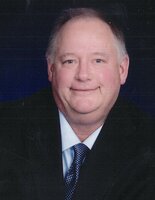 John Franklin Van Voorhis, 64, of Morgantown, passed away Monday, January 10th in Morgantown. He was born March 6, 1957 in Morgantown, a son of Naomi Ann (Wade) Van Voorhis and the late William Holbert Van Voorhis. John grew up in Fort Martin and worked on the family farm. During the sale of the farm, he helped with the surveying and archeological work and worked for 12 years at the Kroger on Patteson Drive. He was an Eagle Scout with Riverside Troop 82/71 and a member of Fort Martin United Methodist Church. He was a 1975 graduate of Morgantown High School and graduated from West Virginia University with degrees in History and Accounting. He very much enjoyed spending time at his family camp in Hampshire County. In addition to his mother, he is survived by his siblings, William Van Voorhis of Oakland, MD, Ken Van Voorhis and his wife Becca of Clover, SC, Gary Van Voorhis and his wife Lee-Ellen of North East, MD. He is also survived by five nieces and one nephew. In keeping with his wishes, cremation services have been provided. Friends and family will be received at Hastings Funeral Home, 153 Spruce St., Morgantown, on Thursday, January 20th from 4-8 PM and again on Friday, January 21st from 10 AM until the time of the memorial service at 11 AM with Pastor Wanda Brosky officiating. Inurnment will take place at Fairview Cemetery in Taylortown, PA. In lieu of flowers, memorial donations may be made to Ft. Martin United Methodist Church, 1634 Fort Martin Road, Maidsville, WV 26541. Online condolences may be made to the family at www.hastingsfuneralhome.com.