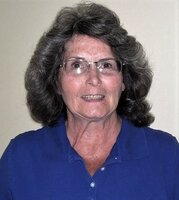 Joyce Darlene Dodd, 65, of Morgantown, WV, passed away on Friday, January 21, 2022 at, Ruby Memorial Hospital after a seven-year battle with cancer. Joyce was known for her humor and love of all animals (but not spiders…NEVER spiders), especially her constant companions in recent years, her Shi Tzu’s: Penny, Yoko, and Lila. Her friends and family meant everything to her, and her love for them continues beyond her passing. Joyce was preceded in death by her father, Robert Hite of Manassas, Virginia; mother, Erma Hite of Morgantown; and her brother, Robert “Bobby” Hite of Mansfield, Ohio. She attended University High School before marrying her first husband, Ernie Lewis, of Fairmont (formerly of Morgantown) and having her first two children: Gina Barricelli (fiancé Tracy McCormick) and Scott Lewis. Eventually, she would meet the love of her life, Jerry Dodd. After a very long engagement, they were married at the WVU Arboretum on August 28, 1999, in a lovely ceremony officiated by Bob Pirner. During this ceremony, both Joyce and Jerry became blessed by blending their families into a “bonus” family, not a “step” family. In addition to Gina and Scott, Joyce is survived by her grandsons: Emmett Lewis (fiancé, Courtney Harmon) and Matthew Barricelli, Gina's children. She also leaves behind her bonus sons and their families: Jerry (Jr.) and Jessica Dodd and grandson Nolan Dodd of Uniontown, Pennsylvania; Christopher and Jennifer Dodd of Star Junction, Pennsylvania and their children; including Arabella Dodd, who is shared with Chris by her mother, Ashley Pisczek (Aaron). Joyce also loved like a grandmother Bella’s brother, Leivi Pisczek, and sister, Aria Pisczek, all of West Leisenring, Pennsylvania. Joyce is also survived her late brother’s wife, Mary (Hite) Ramey-Warehamer; niece Dawn Davis (Jeremy); her very loved great-nieces and -nephew: McKenzie, Madisyn, and Mason Sanchez; and her nephew Justin Hite (Tammy). Through her marriage to Jerry, Joyce was introduced to a couple who would become life-long friends of theirs, Ralph and Elena Dennis. The four of them traveled to distant places like the farthest north you could ride a train into Canada and more mundane destinations such as pool parties in the backyard. Thankfully, they were able to spend time with Joyce and Jerry the evening before Joyce passed and had a wonderful time together. They also were able to come and be with Joyce at the hospital, letting her know how deeply she was loved and would be missed. Joyce is also survived by her beloved life-long sister-friend, Alexandra Adams-Garletts. In lieu of flowers, please feel free to make donations to the Mary Babb Randolph Cancer Center Patient Comfort Fund. They were able to help make her trips there a little more pleasant and she would want that to be available for others in the future. In accordance with Joyce’s wishes, there will be no services. Also, per her wishes, her cremains will be scattered in the water off the coast of Ocean City, Maryland at a later date. Donations are encouraged to be made in Joyce’s memory to WVU Cancer Institute Comfort Fund and mailed to WVU Foundation, P O Box 1650, Morgantown, WV 26507. Hastings Funeral Home is entrusted with cremation arrangements and online condolences may be made online at www.hastingsfuneralhome.com