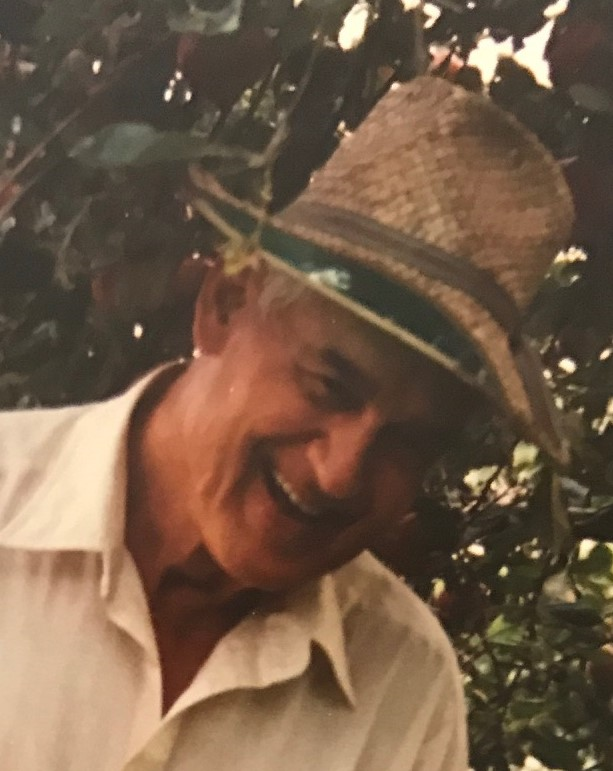 Homer was born in Lenore, WV, on March 12, 1921, the son of the late Julius Caesar Hall and Gertrude (Dempsey) Hall. He lived in the small town of Lenore and enjoyed sports, gardening, and hunting.

Homer excelled in basketball and football and was offered scholarships for basketball. He joined the Army in 1940 and served until 1945. He graduated from Marshall University with a Masters Degree. He married the love of his life of 73 years, Bernice Clark on February 20, 1946.

During his life, he taught accounting and business law at Potomac State College and later Distributive Education at Wheeling Park High School. He served as Elder in the First Christian Church in Wheeling; was active in the Foxwood Neighborhood Association in Englewood, FL and held other various professional memberships.

Homer is known for his garden in St. Clairsville, OH, which he raised for his community. He was also a conservationist and beekeeper.

He is survived by his wife, Bernice; son, Stephen; and daughter, Jennifer.

In addition to his parents, he is preceded in death by a brother, Oliver, and sister, Edith Marcum.

Family and friends will be received at Hastings Funeral Home, 153 Spruce Street, Morgantown, on Sunday, April 28, 2019, from 3 – 5 p.m. and again on Monday, April 29, from 12 p.m. until the time of the service at 1 p.m with Dr. Rev. Randy Flanagan officiating. Interment will follow at East Oak Grove Cemetery.

To send flowers to the family or plant a tree in memory of Homer Hall, please visit Tribute Store
Sunday
28
April

Share Your Memory of
Homer
Upload Your Memory View All Memories
Be the first to upload a memory!
Share A Memory
Send Flowers