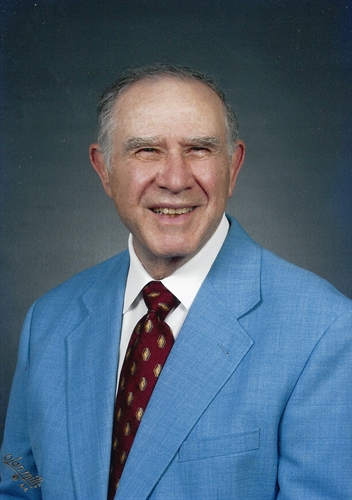 Robert “Bob” DeAntonis, 93 of Morgantown passed away Thursday, August 1, 2019, at his home.  He was born in Morgantown, on November 10, 1925, the youngest of eight children born to the late Angeline and Oreste DeAntonis.

Bob was a graduate of Morgantown High School (1943) and West Virginia University (BS, Business Administration, 1950; MS, Safety Education, 1970).  Bob was a WWII Veteran as he was called to duty in the US Air Corps (Air Force) from 1943-1946.  While at WVU, Bob was a four-year letterman and two-year team captain of the wrestling team, competing in the NCAA tournament in 1950.  He also was a member of the ROTC (Second Lieutenant), Scabbard and Blade Honorary, Alpha Phi Delta Fraternity and Sphinx Men’s Honorary.

After graduation, Bob worked at Sterling Faucet and owned the “Top Hat” a Dance Club/Bar in Morgantown.  He was then offered a teaching and wrestling coach position at Kingwood High School where he found his true passion from 1961-64.  He then came home to Morgantown and taught at Morgantown High School from 1964-88 and was the head coach of wrestling and an assistant coach in football and track.  In 2009, he was inducted into the Morgantown High Athletic Hall of Fame, an honor he truly cherished.  Bob was an enthusiastic sports fan and athlete.  In his younger years, he played fastpitch softball for the county and state and played semi-pro football for the Star City Bulldogs in 1950.

In retirement, he loved to garden, work out at the WVU Human Performance Lab and became an avid golfer.  He was a member of St. Francis de Sales Catholic Church and the Knights of Columbus.  Bob was a devoted husband, father, grandfather and great grandfather.  He was very active with his children and grandchildren’s activities throughout the years. He also enjoyed vacationing and spending time with his family.  He made the most out of every day and loved hearing from his former students and athletes who affectionately called him “coach.”

Online condolences may be made to the family at www.hastingsfuneralhome.com