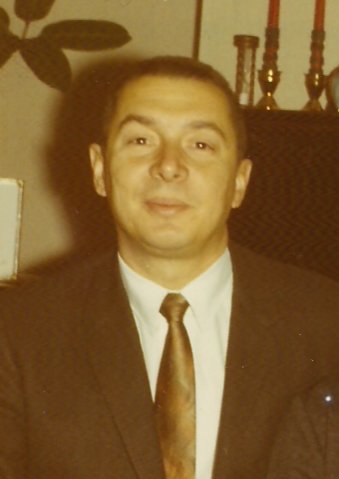 Nick Stepoulos, 89, of Morgantown, WV, fell asleep in the Lord on Thursday, October 3rd, 2019.  He was born on March 20, 1930, the youngest of three children of the late Anastasios and Kleoniki (Delardes) Stepoulos.

Nick was a loving husband, son, father, and grandfather to his four grandchildren who called him “Papou”.  He is survived by his wife, Helen (Volotopoulos) Stepoulos, daughter, Stacey (Stepoulos) Norton and son-in-law, Cletus Norton of Orlando, FL and their two sons, Richard and Luke, and also his son, Ernie Stepoulos and daughter-in-law Gina (Little) Stepoulos of Brunswick, MD and their two daughters, Emilee and Casey.  He was proud to live in the row of three houses on Waitman St. where he had his big sister next door, the late Mary (Stepoulos) Asvestos and brother-in-law Nick Asvestos, and was a loving uncle to his niece Claudia Asvestos and nephew, the late Nick Asvestos, Jr. He is also survived by John Stepoulos of Gahanna, Ohio, the son of his late brother James Demetrios ‘Tyke’ Stepoulos.

Nick was a devoted member of Assumption Greek Orthodox Church in Morgantown since his birth and served the community through the years as an altar boy, chanter, choir director and long-time member of the Board of Trustees.  Nick was also a West Virginian since birth, and after graduating from Morgantown High, he went on to major in Journalism at WVU.  He served our country in the Air Force from 1952-56 and then earned his teaching certificate. He earned his Master’s Degree in the early 60s and continued his career in education as a PE teacher at the elementary level.  Later in his teaching career he became a homebound instructor and traveled to kids in their homes who otherwise would not have been able attend school.  Overall, his teaching career spanned 34 years and hundreds of students in the Monongalia County School system.

His favorite pastimes were sports and music. He enjoyed classical music the most, but would listen to many styles from the Beatles to the bouzouki-inspired selections from his parents’ homeland of Greece. He was even known to kick up his heels and dance greek at church dances, picnics and weddings!

Nick was a dedicated supporter of West Virginia University Football & Pittsburgh Pirates Baseball. He also cheered for the Steelers and grew up rooting for the Cleveland Indians baseball teams of the late 40s and the great WVU Basketball Teams of mid to late 50s.

Family and friends will be received at Hastings Funeral Home, 153 Spruce Street, Morgantown, on Friday, October 11, 2019 from 5 – 8 p.m.  Trisagion Service beginning at 7:30 p.m. will conclude the evening.  Visitation will continue at the Assumption Greek Orthodox Church, 447 Spruce Street, Morgantown, on Saturday, October 12, 2019, from 10 until the funeral service at 11 a.m. with Rev. Fr. David Shaw as celebrant.  Interment will follow at Lawnwood Cemetery.

In lieu of flowers, donations may be made in memory of Nick Stepoulos to the Assumption Greek Orthodox Church at 447 Spruce St. Morgantown, WV 26505. Any flowers may be sent directly to Hastings Funeral Home.

»(Do not delete this line. It does not print.  Text that is to appear on web must be entered before this line)

To send flowers to the family or plant a tree in memory of Nick Stepoulos, please visit Tribute Store
Friday
11
October

Share Your Memory of
Nick
Upload Your Memory View All Memories
Be the first to upload a memory!
Share A Memory
Send Flowers