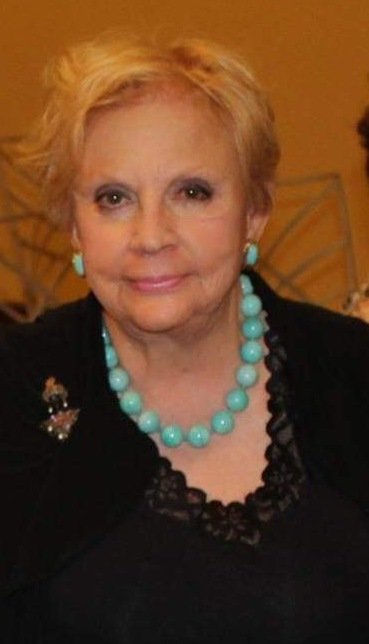 Marlene Wassick Dinkler, 75, passed away peacefully in her home in Morgantown, WV, on Wednesday, November 6, 2019,  She was born on May 28, 1943, in Morgantown, WV, the daughter of the late Helen (Antonek) Wassick and John Wassick, Jr.

After graduation, she relocated to Miami, FL, where she met and later married her long-time love and the love-of-her-life, Carling Louis Dinkler, Jr., the former President of the Dinkler Hotel Corporation and developer of the private Palm Bay Club and architecturally acclaimed Palm Bay Towers in Miami, FL. She and Carling had a long and happy life together, the memories of which Marlene often reminisced fondly about. Marlene worked and supported Carling in his business ventures. She enjoyed planning social events and entertaining guests and friends. The couple regularly traveled, both nationally and internationally, for business and pleasure, which she enjoyed immensely. Upon Carling's retirement, the couple relocated and lived several years in St. Simons Island, Georgia until the birth of her first niece led them to relocate to Morgantown, WV so that the couple could be near family.

In Morgantown, Marlene volunteered in several charitable organizations and supported, advocated for and promoted many community interests. She was creative, energetic and passionate about the causes she supported and willing to pitch in support of efforts on their behalf. In addition, Marlene had a love and appreciation for animals, especially cats, including the four of her own. She was a master gardener and enjoyed planting and tending to her flowers and garden. She also enjoyed not only decorating her home and yard but also those of her family and friends and in engaging in and producing other decorative projects. Her favorite project was the annual Christmas card that she put together for the family, which was a much-appreciated labor of love.

Marlene's greatest gift though was her inviting and inclusive spirit. Marlene knew no strangers. She was the life of many parties and was happiest when celebrating or just hanging out with her family or friends. Nothing meant more to Marlene than her family and friends and in particular her brother and nieces, which she was so proud and absolutely smitten by. She loved her family dearly, as did they her. She will be missed.

Marlene was predeceased in death by her late husband, Carling Louis Dinkler, Jr., who died on May 22, 2005, and her parents. Marlene is survived by her brother, John Wassick, III, his wife, Margaret, and her beloved nieces, Catherine Elizabeth and Aleksandra Sofia Wassick of Morgantown, WV.

Friends and family will be received at Hastings Funeral Home, 153 Spruce Street, Morgantown, WV, on Sunday, November 17th from noon until the time of the service at 2 p.m. with Pastor Douglas Miller officiating. Interment will follow at East Oak Grove Cemetery.

In lieu of flowers, memorial donations may be made to the Mon County Humane Society, P.O. Box 390, Morgantown, WV 26507.

Online condolences may be made at www.hastingsfuneralhome.com.

To send flowers to the family or plant a tree in memory of Marlene Dinkler, please visit Tribute Store
Sunday
17
November

Share Your Memory of
Marlene
Upload Your Memory View All Memories
Be the first to upload a memory!
Share A Memory
Send Flowers