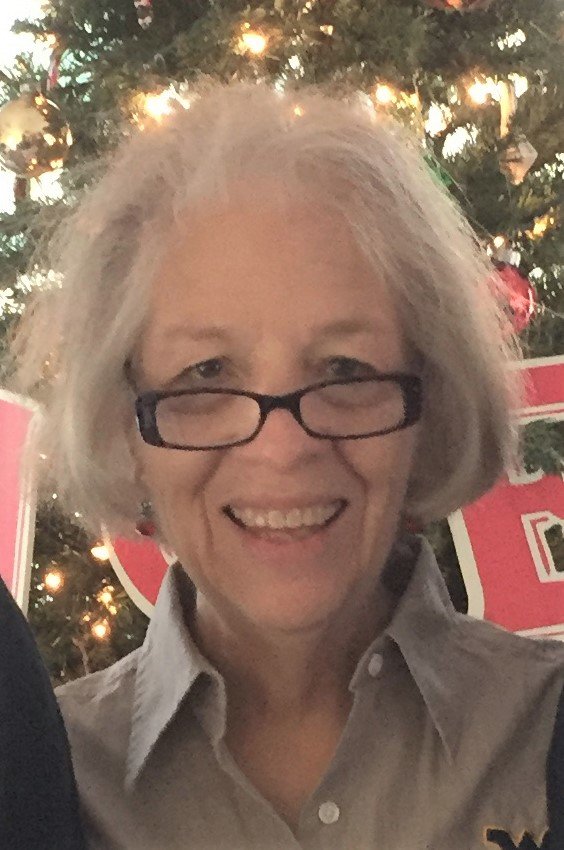 On November 27th, 2019, Sherian Diane Nestor entered the presence of her Heavenly Father and is now united with loved ones that preceded her. Sherry was a loving wife, devoted mother, grandmother, and loyal friend; she will be dearly missed. She slipped away peacefully in her Morgantown home, surrounded by her family.

Sherry was born on October 29, 1943, in Washington, DC, and is proceeded in death by her parents, Charles, and Wilma (Lazear) Parkis, and survived by her beloved husband of 54 years, Ronald Nestor. Additionally, she is survived by three Children Scott, Lisa (Smith), and Greg, and seven Grandchildren. Her oldest son Scott and his wife of 28 years, Trish (Billups), have two sons Luke and Nick and reside in Ashburn, VA. Her daughter Lisa (Smith) and husband of 26 years Dale also have two sons Jacob and Noah and reside in Morgantown WV. Sherry's youngest son Greg and his wife of 12 years Danielle (Senasac) reside in Centreville VA with their three Children Charles, Annabelle, and Wesley.

Sherry is also survived by two younger sisters, their children, and 16 nieces and nephews. Chris and husband Steve Brown and their four sons, Steve Jr., Jeff, Keith, and Eric, all reside in the Pacific Northwest. Her sister Janet and husband Fred Shope have two children, Joshua and Jenny (Schuh), who live in South Carolina and California, respectively.

Sherry graduated from Haddonfield Memorial High School and attended Alderson-Broadus College in Phillipi, WV, where she met her husband, Ron. She majored in Medical Technology at AB, later returning to college to complete her education after years at home caring for her family. Sherry earned a B.S. in Microbiology from West Virginia State College and another B.S. in Medical Technology from the University of Charleston. After completing her degrees, she worked as a Research Technologist for the School of Medicine at WVU, and later as a Clinical Supervisor for the West Virginia Office of Laboratory Services.

Sherry and Ron resided in St. Albans, WV, for 34 years and were active in the community and their beloved church, Riverlawn Presbyterian. Many of Sherry's life-long friendships were formed there through a shared Christian faith and commitment to family. She served as a Sunday school teacher, Deacon, and Elder at Riverlawn and delighted in hosting Youth events in their home. Sherry was also an active member of the "Red Hats" in St. Albans and loved these women like sisters.

Sherry loved her family unconditionally and in 2009 moved to Morgantown so she and Ron could be closer to their Grandchildren and actively participate in their lives. After the move, Sherry volunteered as a "Pathfinder" at Mon General Hospital and joined Suncrest United Methodist church with Ron, where they rekindled old friendships and formed many new ones.

Sherry loved entertaining and was gifted in hospitality. She was a natural extrovert and found joy equally in large gatherings as well as one-on-one conversations. She was transparent and sincere and wasn't afraid to share her struggles with those she loved. Her faith was STRONG, and it permeated every part of her life. Throughout the "hills and valleys" of her journey, Sherry remained grounded in her identity as a "Daughter of the King." She clung tightly to her Savior, particularly in the final years of her life.

A viewing and family gathering for remembrance will be held at Suncrest United Methodist Church, 479 Van Voorhis Rd, Morgantown, WV, 26505 on Monday, December 2nd, from 4:30 pm to 8:00 pm and again on Tuesday, December 3rd, from 10 AM until the time of the celebration of Sherry's life at 11:00 am with Rev. Matthew Johnson officiating.  A committal service will take place at Little Bethel Baptist Cemetery.

In lieu of flowers, memorial donations can be made to any of the following:

To send flowers to the family or plant a tree in memory of Sherian Nestor, please visit Tribute Store
Monday
2
December

Share Your Memory of
Sherian
Upload Your Memory View All Memories
Be the first to upload a memory!
Share A Memory
Send Flowers