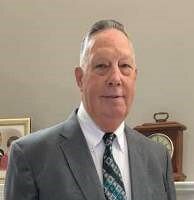 Please share a memory of Owen to include in a keepsake book for family and friends.
View Tribute Book
Owen Marshall “Rodney” “Mac” McMillen, 82 of Delaware, and formerly of Morgantown, West Virginia, passed peacefully at Grady Memorial Hospital Saturday October 9, 2021, with his loving family by his side. Born June 22, 1939 in Masontown, WV, the son of the late Herbert K. & Mary Belle (Robey) McMillen. Owen attended Valley High School, while there he played Basketball. Owen graduated High School in 1957. He would go on to join the United States Air Force. Owen was stationed in Adak, Alaska, Charleston, SC, and in Nevada. Owen served two tour duties in Germany and was one year in Vietnam. He proudly served 21 years and retired as a TSgt. from the Air Force at Maxwell Air Force Base in Montgomery, Alabama. Owen met the love of his life Linda (Phillips) on a blind date that they were set up on by their best friends Charles & Sandy Piper. He began dating her, and fell madly in love, they married quickly, as Owen was leaving on assignment. Linda joined Owen over in the Netherlands a month later. They started their family in the Netherlands and would return home three years later. Eventually, Owen and Linda left WV in 2006, and joined their kids in Ohio where they now live today. Left to cherish Owen’s memory are his loving and supporting wife Linda of 53 years; sons Brian (Julie) and Michael McMillen; grandchildren Kaitlyn, Michael Andrew (Morgan), Andrew Marshall (Annabelle), Kristen, and Arianna McMillen; great-grandchildren Kiley Wood, and Luke Owen McMillen; sisters Nancy Radabaugh, Connie Rice, and Francis Hall; sisters-in-law Eloise Smyth, Carma (Doby) Vernon, and Joann (Robert) Ashby; brothers in-law Harold (Janet), William :Bill” (Dottie), and David (Mary) Bolyard. Nieces Cheryl Carter, and Carolyn “Sue” Anderson, along with many other nieces, nephews, cousins, and friends. Owen was preceded in death by his parents, infant son Philip Todd McMillen, brothers Russell (Alice)McMillen, infant brother Wilbur Ray McMillen; sister Mary Alene Louk, and brothers-in-law Freeman “Bud” Radabaugh, and Jerald Bolyard Owen enjoyed collecting baseball cards. Owen worked for West Virginia University as a chief engineer for Radio and Television, he was also the chief engineer for the Mountaineer Sports Network, where he enjoyed watching the football and basketball games. Owen enjoyed spending time with his kids and grandkids. Owen’s family and those close to him will remember him as the loving, committed, determined, and strong-willed husband, father, grandfather, and brother that he was. Chaplain Jeff Slider will officiate funeral services on Friday, October 15, 2021 at 11:00 am at the Snyder-Rodman Funeral Center, 101 Valleyside Drive, Delaware, Ohio 43015, where family and friends may call Thursday, October 14, from 4:00 pm – 8:00 pm and then a half -hour prior to the 11:00 am service on Friday. Additional calling hours will be held in Morgantown WV at Hastings Funeral Home, 153 Spruce Street, Morgantown, WV, 26505 on Sunday, October 17, 2021 from 1:00 pm- 4:00 pm. Burial will be announced at Arlington National Cemetery at a later date. In lieu of flowers memorial contributions may be directed towards the Disabled American Veterans, 2410 Mechanicsburg Road, Springfield, Ohio 45503.
To plant a beautiful memorial tree in memory of Owen McMillen, please visit our Tree Store
Sunday
17
October

Share Your Memory of
Owen
Upload Your Memory View All Memories
Be the first to upload a memory!
Share A Memory
Plant a Tree