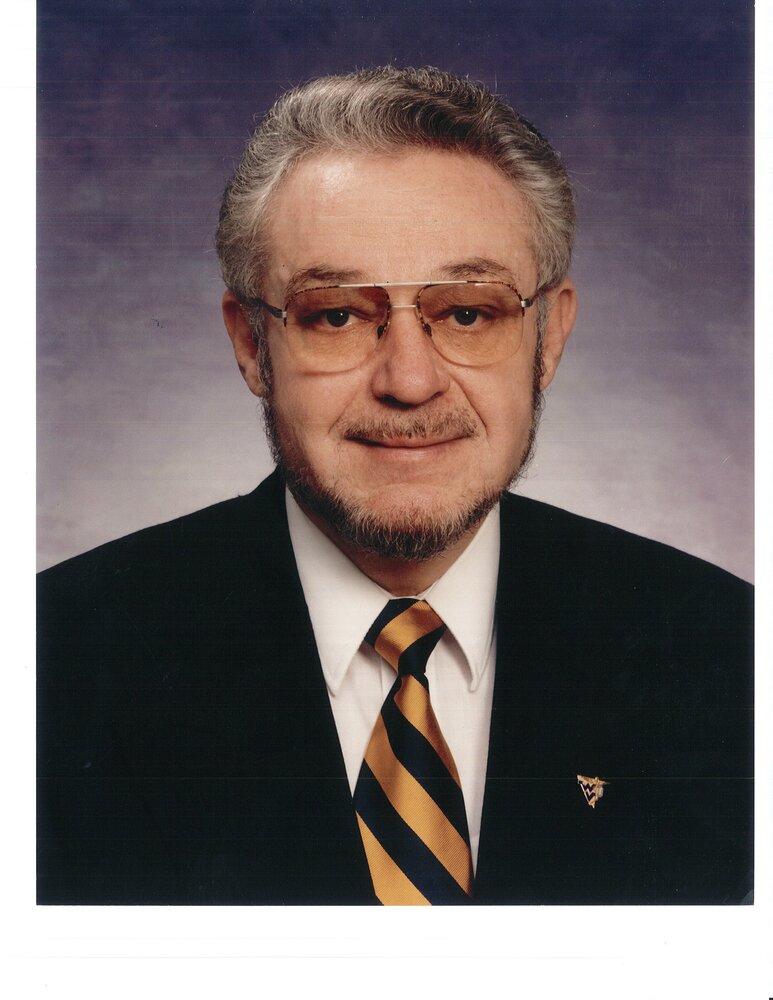 Please share a memory of Dr. Donald to include in a keepsake book for family and friends.
View Tribute Book
Dr. Donald James Morrison, 85, of Morgantown, passed away peacefully, surrounded by his family, on Saturday, October 30, 2021. He was born January 17, 1936, in Des Moines, Iowa, a son of the late Warren James and Mary Gertrude (Austin) Morrison. Dr. Morrison was an active member of Suncrest United Methodist Church, where he was a Trustee, usher, and an over 50-year member of the choir. He was on the Board of Directors of Meals on Wheels, was instrumental in the establishing the Meals on Wheels site in Star City and was a Route Coordinator. He had an interest in music and was on the Board of the WV Public Radio and sang with the WVU Choral Union and the church choir. He is survived by his devoted wife of 63 years, Mary Ellen (Nelson) Morrison; children, Kathleen Ann Nelms and her husband Tommy, Bradley James Morrison and his wife Michelle, Nina Marie Morrison, and John Paul Morrison; grandchildren, John Nelms and his girlfriend Angela Rutledge, Amanda Nelms Sawyer and her husband Nathan, Angela Nelms McCaskill and her husband Brian Keith, Caitlin Morrison, and Heather Morrison; and brother, Steven Warren Morrison, and his wife Mary Lou. Don graduated from West Bend Iowa High School in 1954. He attended Drake University until enrollment in the College of Dentistry at the University of Iowa in the Fall of 1957. Don served in the Air Force for 26 years. Upon earning his D.D.S. degree on June 9, 1961, he received a direct commission as a first lieutenant in the USAF reserve and was assigned to Tripler U. S. Army Hospital, Hawaii as a dental intern. During his internship, he was promoted to Captain, and upon completion of the one-year Internship, he was assigned to the USAF clinic at Hickam Field, Hawaii in June 1962. He served as a general dental officer at Hickam for two years and during 1963 enrolled at the University of Hawaii to complete the requirements for his Bachelor of Arts degree from Drake University in 1963. After the tour at Hickam Field, he was assigned as the dental officer for three radar sites in the Air Defense Command from 1964 – 1965 with his home base at Chandler Air Force Station, Minnesota. He served in the National Guard in Charleston, WV and Air Force Reserves at Wright Patterson. Summer duty tours took him to Azores, Panama, and Wiesbaden Air Base Hospital, Germany. He separated from active duty in June 1965, and practiced General Dentistry at Lake Mills, Iowa during which time he was on the inactive Reserve list. In June 1968, he accepted appointment as an instructor of Periodontics at the West Virginia University School of Dentistry in Morgantown, WV and in October of that year joined the 130 TAC Clinic, a unit of the West Virginia Air National Guard in Charleston, West Virginia. During his tenure with the Air National Guard, he was promoted to lieutenant colonel. He served as the base dental surgeon for several years and was assigned additional duties as the mobility and security officer. In 1971, he accepted a fellowship and enrolled in the post-doctoral program in Periodontology at Ohio State University. During enrollment in the specialty program, he maintained his active status in the Air Guard, occasionally serving at the Air National Guard base in Springfield, Ohio. In June 1973 he completed his master’s degree program and received a certificate in Periodontology. After five years at the WVU School of Dentistry, he was promoted to Professor and chaired the department from 1973 – 1997. Don remained on the WVU Department of Periodontics faculty from 1968 –2007. On August 1, 1984, he accepted appointment in the USAF Reserve as the individual mobilization augmentee to the Command Dental Surgeon, Headquarters Air Force Logistics Command, Wright-Patterson Air Force Base, Ohio. He was promoted to colonel on February 20, 1986. During his assignment at Logistics Command, he also served annual tours at Weisbaden USAF Hospital and USAF Medical Center Wright – Patterson. Dr. Donald James Morrison has received the Air Force Outstanding Unit Award, Armed Forces Reserve Medal, West Virginia Service Medal, and the West Virginia Distinguished Unit Award. Professional honors include Omicron Kappa Upsilon National Dental Society, Delta Sigma Delta Freshman Academic Health. He was a member of many professional societies, including the Association of Military Surgeons of the United States and was a founding member of the West Virginia Society of Periodontists. He practiced his specialty for 27 years at WVU and the various USAF hospitals. In addition to practicing, he carried a full teaching and administrative load. An avid mountaineer fan, Don always enjoyed attending WVU basketball games with his wife, but preferred to watch WVU football on tv. A visitation for family and friends will be held at Hastings Funeral Home, 153 Spruce St., Morgantown, on Tuesday, November 2nd from 4-8 PM. Visitation will continue at Suncrest United Methodist Church, 479 Van Voorhis Rd., Morgantown on Wednesday, November 3rd from 11 AM until the time of the funeral service at 12:00 Noon with Rev. Mike Estep and Rev. Dr. Matt Johnson officiating. Interment with full military honors will follow at Beverly Hills Memorial Gardens in Westover. In lieu of flowers, memorial donations may be made to Suncrest United Methodist Church, 479 Van Voorhis Rd., Morgantown WV 26505 or Meals on Wheels, 3375 University Ave., Morgantown, WV 26505. Online condolences may be made at www.hastingsfuneralhome.com.
To plant a beautiful memorial tree in memory of Dr. Donald Morrison, please visit our Tree Store
Tuesday
2
November

Share Your Memory of
Dr. Donald
Upload Your Memory View All Memories
Be the first to upload a memory!
Share A Memory
Plant a Tree