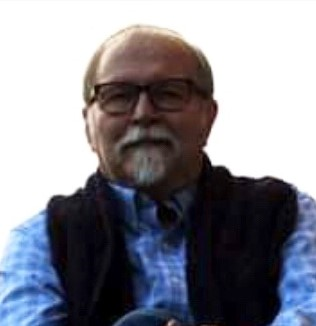 Please share a memory of Robert to include in a keepsake book for family and friends.
View Tribute Book
Robert Allen Jones, age 77, of Morgantown passed away peacefully at Mon Health Medical Center on December 22, 2021, after an extended illness. He is now resting comfortably with his Lord and Savior. Robert, also known as Bob, Dad and Papa, was born in Clarksburg, West Virginia on February 29, 1944. He spent his years growing up in Bridgeport, West Virginia and graduated from Bridgeport High School in 1962. Bob is survived by his wife of 53 years, Sharon Lee (Rice) of Morgantown and children Amy E. Jones-Overfield (Robert) of Morgantown and Christopher T. Jones (Tara) of Pittsburgh, Pennsylvania. He is also survived by several grandchildren: Collin, Lilly, and Jack Overfield of Morgantown and Eliana, Nathaniel, and Joshua Jones of Pittsburgh, Pennsylvania. In addition, he is survived by his brother Stephen Jones of Swedesboro, New Jersey; sister Marsha Jones of Bridgeport;and several nieces, nephews and in-laws. Bob was preceded in death by his parents Marshall and Eleanor Lou Jones, brother Thomas Jones, and sister Gretchen Jones. Bob was a member of Spruce Street United Methodist Churchand taught children’s Sunday school classes. In addition, he attended Pierpont Church of the Nazarene and participated in Bible studies. Bob was interested in other organized religions as well and attended the Islamic Center of Morgantown and visited other houses of worship. Bob spent his life helping others as a social worker in Morgantown and surrounding communities as well as a college professor at West Virginia University and Alderson Broaddus University. He spent countless hours volunteering and advocating for children in foster care and with the homeless community in Morgantown. Although graduating from WVU with undergraduate and master’s degrees, Bob continued to be a life-long learner. He enjoyed the challenges of playing piano and using photography to artfully capture scenes around him and becoming the family events photographer aka "Papa Razzi". Bob enthusiastically researched and discovered his family’s roots through genealogy and deeply explored several different religious paths along his spiritual journey. As someone who took in all things Morgantown, Bob liked to spend his time “shooting the bull” at the Blue Moose Cafe; eating chili dogs at various local establishments (Gene's, Town Hill, etc.); and following the ups and downs of the Mountaineer sports teams. He thoroughly enjoyed his “grand-dogs” Peggy and Cody and gave and received much love from them. Probably most of all, he enjoyed attending his kids and grandkids sporting events and activities and being a vocal supporter. He was definitely a hands-on Dad and Papa and had a contagious smile and left behind a legacy of love. In accordance with his wishes, Hastings Funeral Home has been entrusted with cremation services. Friends and family will be received at Hastings Funeral Home, 153 Spruce Street, Morgantown, on Saturday, April 30th from 2 p.m. until time of the memorial service at 4 p.m. with Rev. Dr. Ken Ramsey. Bob was a big believer in paying it forward. In recognition of this, please consider taking time to show God’s love by helping those around you in need and taking a moment to give thanks to our healthcare workers who provided such great care for him. Online condolences may be made to the family at www.hastingsfuneralhome.com
To send flowers to the family or plant a tree in memory of Robert Jones, please visit Tribute Store
Saturday
30
April

Share Your Memory of
Robert
Upload Your Memory View All Memories
Be the first to upload a memory!
Share A Memory
Send Flowers