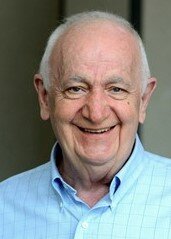 Please share a memory of Albert to include in a keepsake book for family and friends.
View Tribute Book
Albert E. Munson, 88, of Morgantown, WV, passed away at his home on Saturday, April 16, 2022, with his family by his side. He was born on March 12, 1934, to June and Ray Munson in Williamsport, PA, and he graduated from North Collins High School. Al began his medical training in the military and received his PhD from the Medical College of Virginia in 1970. Throughout his career in research, Al was committed to “good science” and instilled that commitment in his students, fellow researchers, and daughters. Al was a loving and devoted husband, father, and grandfather. He is survived by his wife, Jean Meade; daughters, Laurie and Kris; grandchildren, Miranda, Kira, and Owen; and siblings, Marie, Grace, Beulah, Richard, and June, along with many nieces and nephews. In addition to his parents, Al was preceded in death by his brothers, Ben, Paul, Philip, and Carl; sisters, (Helen) Irene, Esther, and Rhea. A former athlete recruited by the Brooklyn Dodgers, Al enjoyed watching all sports, specifically cheering on the West Virginia University’s Mountaineers. Known for his humility, kindness, and compassion, he was devoted to improving the lives of others. His legacy will continue on in the many lives of the people he has touched. A Memorial will take place at the Marienthal Inn, in Eden, New York, on Saturday, May 28th at 11 a.m. The family is requesting that attendees be vaccinated and wear masks per Al’s wishes. A celebration of his life will also be held in Morgantown, WV with details to be announced later. Al was dedicated to the Hearts of Gold Service Dog Training Program and their work with Veterans. In lieu of flowers, please consider a donation to Hearts of Gold, https://humanimalbond.org/al/. Hastings Funeral Home has been entrusted with arrangements and condolences may be made online at www.hastingsfuneralhome.com
To plant a beautiful memorial tree in memory of Albert Munson, please visit our Tree Store

Look inside to read what others have shared
Family and friends are coming together online to create a special keepsake. Every memory left on the online obituary will be automatically included in this book.
View Tribute Book
Services for Albert Munson
There are no events scheduled. You can still show your support by planting a tree in memory of Albert Munson.
Plant a tree in memory of Albert

Share Your Memory of
Albert
Upload Your Memory View All Memories
Be the first to upload a memory!
Share A Memory
Plant a Tree