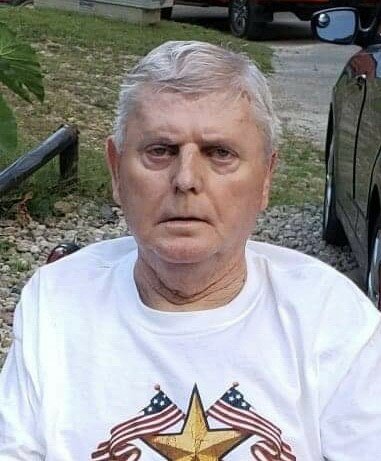 Please share a memory of Larry to include in a keepsake book for family and friends.
View Tribute Book
Larry Gene Nutter, 75, of Morgantown, passed away on Sunday, April 24, 2022, at his residence. He was born on October 13, 1946, in Morgantown, a son of the late Sanford and Jessie Nutter. Larry worked at Seneca Glass Company, General Woodworking, and Jay Kuhn’s Furniture Store throughout the years. He was a wrestling fan as well as a NASCAR and San Francisco 49ers fan. Most of all he enjoyed his family and friends. He is survived by his loving wife of 28 years, Lucy Nutter; daughters, Sherry Wilmoth, and Gena Elliott of Cheat Lake Chrystal Wilmoth and husband, Edward of Morgantown; Joyce Merriman of Morgantown, Connie, and Jim McCartney of Morgantown, Chrissy Murray and husband, George “Pork” Murray of Morgantown, Robert Sims, Jr., of Pineville, Rosie Sims of Pineville, and Johnny Sims and wife, Debbie, of Morgantown; sister, Brenda and husband, Jim Staggs of Cassville; brother, Charles “Pete” Nutter and wife, Jackie of Baltimore, MD; sister-in-law, Marlene Nutter, of Dellslow, also a host of grandchildren and great grandchildren. In addition to his parents, Larry was preceded in death by a brother, Sammy Nutter. The family would like to give a special thank you to Amedisys Hospice. Friends and family will be received at Hastings Funeral Home, 153 Spruce Street, Morgantown, on Thursday, April 28th from 3 – 8 p.m. and on Friday, April 29th from 10 a.m. until the funeral service at 11 a.m. with Pastor Rich Schimansky. Interment will follow at Nicholson Cemetery. Condolences may be made online at www.hastingsfuneralhome.com
To send flowers to the family or plant a tree in memory of Larry Nutter, please visit Tribute Store
Thursday
28
April

Share Your Memory of
Larry
Upload Your Memory View All Memories
Be the first to upload a memory!
Share A Memory
Send Flowers
Plant a Tree