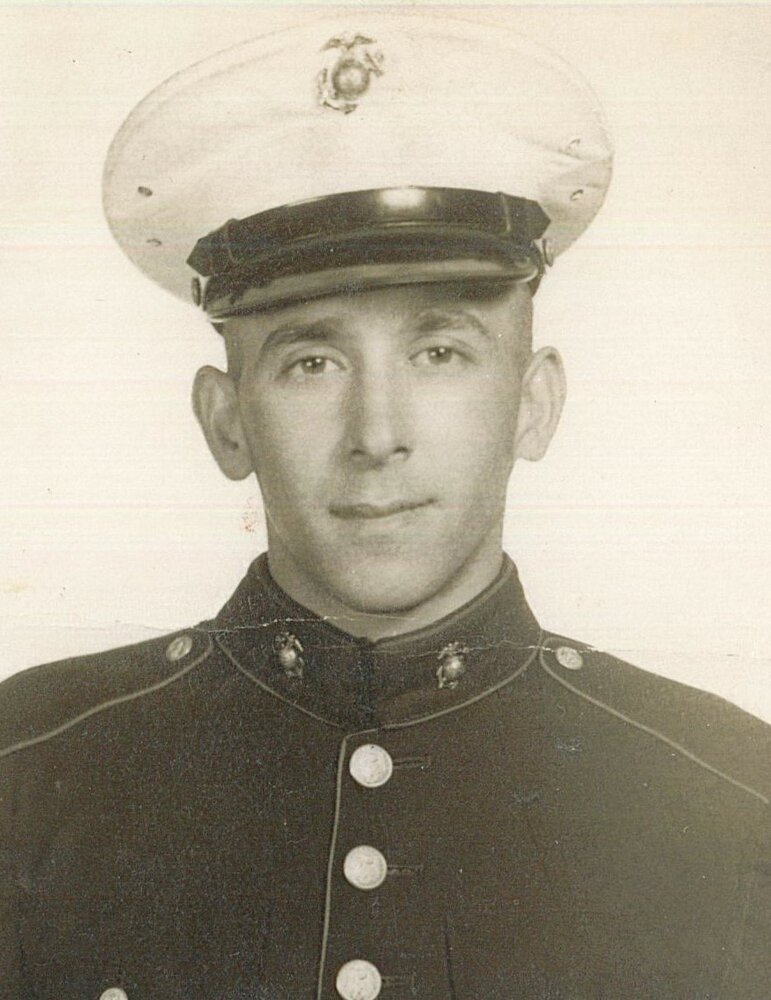 Please share a memory of Ricucio to include in a keepsake book for family and friends.
View Tribute Book
R.V. (Rick) D’Agostino of Morgantown, passed away on Thursday, May 5, 2022, at the age of 91. He was born on May 28, 1930 in La Belle, Pennsylvania, and grew up in Morgantown with his parents, five brothers and one sister. Rick married his wife, Gemma, in 1951, and enjoyed almost 71 years of marriage. He entered The United States Marine Corps the same year and quickly distinguished himself winning sharp-shooter medals and rising to the rank of Sergeant. Rick was a bit of a Renaissance man: while working in accounting most of his life, he enjoyed working with his hands as well, having built two houses for his family. In his retirement, Rick could often be found perfecting his yard and garden. He also discovered golf after his career and fell in love with the sport. Well into his eighties, Rick spent most Spring, Summer, and Fall mornings on the golf course, winning several tournaments and shooting a few holes in one. Rick was also an active member of St. Francis de Sales Catholic Church, serving as a hospitality minister for several years and training others to serve as well. Another major joy for Rick was his many years of work with youth Little League in Morgantown, leading his I.O.O.F. team one year to the city championship. Rick was predeceased by his parents, sister (Katherine), and three brothers (Guiseppi, Raymond, and Ernesto). He is survived by his wife, Gemma; his daughter, Cathy, of Chicago, Illinois and her partner, Dr. Brian Bremen; two brothers, Donald and Norman of Cleveland, Ohio; and many nieces and nephews scattered all over the country. In accordance with his wishes, Hastings Funeral Home will be providing cremation services. A private family memorial service will be held for Rick at Hastings Funeral Home. A public celebration of his life will take place later this summer. The family would like to thank West Virginia Caring Hospice as well as the nurses, aides, doctor, Physician’s Assistant, and especially social worker Julie Gower for their kindness at Morgantown Health and Rehabilitation Center. Send condolences online at www.hastingsfuneralhome.com
To plant a beautiful memorial tree in memory of Ricucio D'Agostino, please visit our Tree Store

Look inside to read what others have shared
Family and friends are coming together online to create a special keepsake. Every memory left on the online obituary will be automatically included in this book.
View Tribute Book
Services for Ricucio D'Agostino
There are no events scheduled. You can still show your support by planting a tree in memory of Ricucio D'Agostino.
Plant a tree in memory of Ricucio
Share A Memory
Plant a Tree