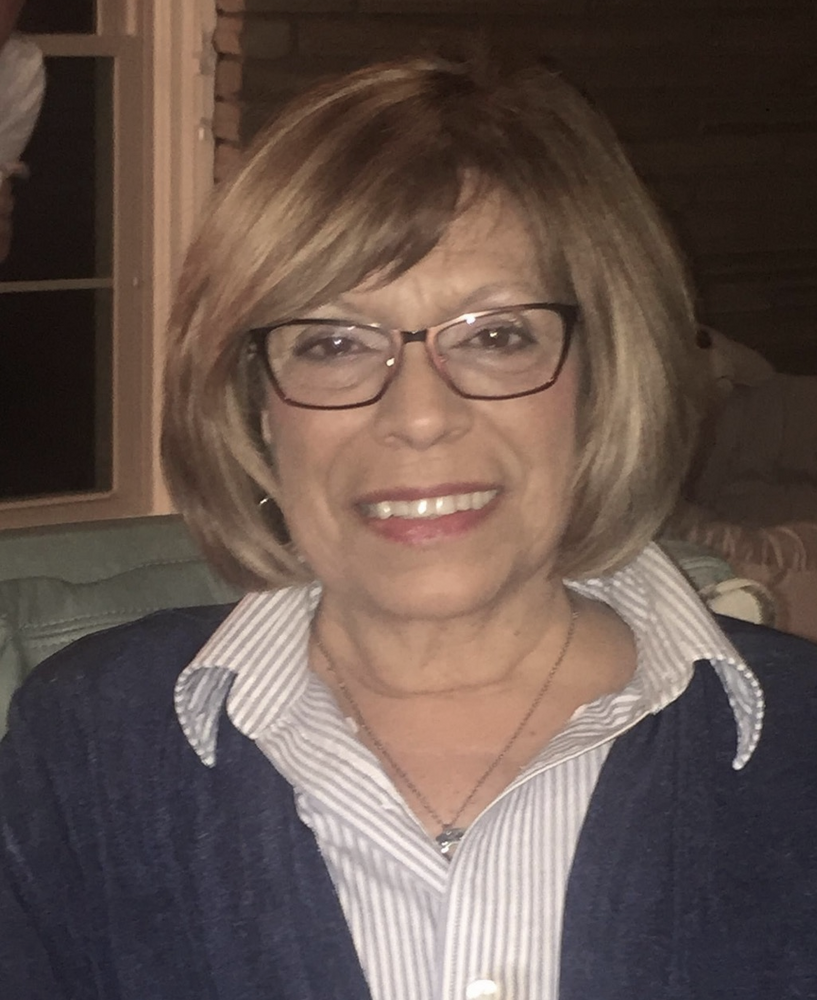 Please share a memory of Kathy to include in a keepsake book for family and friends.
View Tribute Book
Kathy Salucci Mayer, 71, of Morgantown, WV went to be with the Lord on Tuesday, May 10th, 2022. She was surrounded by family and the amazing staff at Mon General Hospital. She was born on February 20th, 1951, in Clarksburg, WV. She was preceded in death by her loving parents, Frank, and Leona (Marchetti) Salucci, as well as her grandparents, Joseph & Pauline Marchetti and Massimo & Mary Salucci. Kathy is survived by her husband, William “Bill” Mayer of over 20 years, her siblings, Paulette Claudio and husband James of Barrington, IL, Frank, and Tammy (Freme) Salucci of Morgantown, WV and Lee Ann Shaffer of Cocoa, FL. She is also survived by her children, Alicia (Stanger) Kern of Columbus, OH and her husband, Steve. Her son, Philip Stanger of Morgantown, daughter, Andrea (Stanger) Heiskell of Morgantown, and her husband, Travis, and son Christopher Reed of Port Orange, FL and his wife, Meagan. Kathy is also survived by her stepchildren, whom she loved like her own, Ryan Mayer and his wife, Amanda, Lauren Mayer and Justin Mayer. Kathy is also survived by her grandchildren, Abigail and Katelyn Kern, Charlie and Bennnett Reed, and Olivia, Nathan and Addison Mayer. Kathy is also survived by many nieces and nephews who affectionately called her Nonni, Mimi and Zizzi. Kathy graduated from St. Francis DeSales High School in Morgantown in 1969 and was employed by Johnson and Johnson in New Jersey, before returning to Morgantown. She was married to Solomon Douglas Stanger and had three beautiful children together, Alicia, Philip, and Andrea. Her children were the loves of her life. She spent many years as a devoted mother, wife, and homemaker, involved in every aspect of their lives, never missing a moment to support her family as their biggest cheerleader. As her children were growing up, Kathy returned to work at West Virginia University. She was a Student Affairs Liaison at Dadisman Hall for many years before transferring to Elizabeth Moore Hall until her retirement in 2018. While at Dadisman and E. Moore Hall, she wore many hats, but her most cherished work in the office of Student Affairs was acting as a mother figure to countless students attending West Virginia University, not only from every part of the United States, but also so many international students that were thousands of miles from home. She made each and every one of the students feel at home. And to this day, many of them, including their parents, have stayed connected with her. Kathy was previously a member of St. Theresa’s Catholic Church and had many charitable interests that she poured her heart & soul into as a volunteer and advocate; Sara’s Table, Christian Help, Mon General Hospital, Junior Women’s Club, and organizations that provided services to victims of sexual assault. As a two-time breast cancer survivor, Kathy was also an advocate for breast cancer awareness. Through the Zelda Stein Weiss Cancer Awareness and Early Detection Project of Mon General Hospital, she routinely provided “goodie bags” to spread the word not only in Morgantown, but wherever her travels took her. Kathy enjoyed cooking, gardening, and crafting, all of which she made look so easy. She was an accomplished baker and was featured in Southern Living, where her recipe for Pumpkin Chocolate Chip Cookies was published in their annual cookbook. Kathy also enjoyed country line dancing and was featured on CMT. She transitioned to tap dancing where she was a member of The String of Pearls Dance Group. This group of friends meant the world to her. “The Pearls” as we affectionately referred to them, practiced weekly, performed at countless venues, traveled together, and brought so much joy to those who attended their performances. If there was one venue that brought Kathy the most joy, it was anytime they performed for the senior citizens throughout the state, whether at a nursing home or organized event. Kathy has been described by those that knew her as a generous and loving person, who did not know a stranger. In fact, her family never knew who might be seated at the dinner table, as her home was open to everyone, no matter if she knew them 20 years or 20 minutes. When she visited her children, grandchildren, nieces, nephews and even the neighborhood kiddos, she always came bearing gifts. Although Kathy will be deeply missed, those remaining are comforted by the knowledge of her ascension into the loving arms of her Creator, Lord and Savior, Jesus Christ, and will continue to await the day when they are all reunited with her. Kathy’s family cannot thank the following people enough for all that they did, especially over the last week; The entire staff at Mon General Hospital, everyone at WV Caring Hospice and Dr. Andrew Heiskell, who not only cared for her over the years, but also checked on her every morning, before the sun rose, while in the hospital until the day of her death. You are each an angel placed on earth and we thank you from the bottom or our hearts. Cremation services to be provided by Hastings Funeral Home/Omega Crematory. Family will receive friends, Friday, May 20th at Hastings Funeral Home, 153 Spruce Street, Morgantown, from 4 – 6 p.m., with the Rev. Junius Lewis concluding the visitation period. Interment will follow at a later date at Lawnwood Cemetery. In lieu of flowers, please consider donating in Kathy’s memory to one of the following: St. Jude Children’s Research Hospital, 501 St. Jude Place, Memphis, TN 38105, and WV Caring – Advanced Illness Care, Hospice, Counseling, P.O. Box 760, Arthurdale, WV 26520. Send condolences online at www.hastingsfuneralhome.com
To send flowers to the family or plant a tree in memory of Kathy Mayer, please visit Tribute Store
Friday
20
May

Share Your Memory of
Kathy
Upload Your Memory View All Memories
Be the first to upload a memory!
Share A Memory
Send Flowers
Plant a Tree