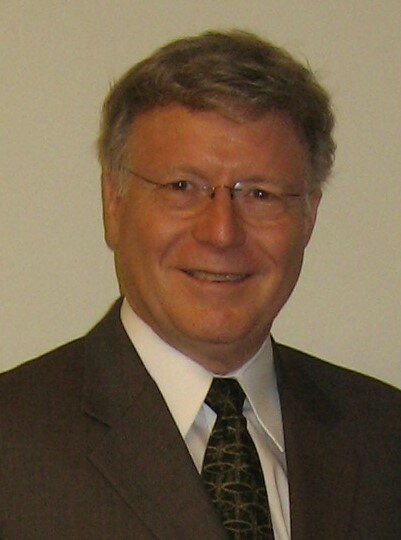 Please share a memory of Jarrett to include in a keepsake book for family and friends.
View Tribute Book
Jarrett (Jerry) Ramer Hall, 78, of Morgantown passed away at WVU Medicine J W Ruby Memorial Hospital on Sunday, May 15, 2022, after a long illness. Jarrett was born April 10, 1944 in New Kensington, PA, the son of the late Samuel Judson Hall and Catherine Rebecca Loar Hall. As a young man, Jarrett was a member of the Boy Scouts of America where he traveled to the Philmont Scout Ranch in New Mexico. Later in life, he became a Cub Scout leader when his son became involved in scouting. Jarrett was a 1962 graduate of Morgantown High School and attended West Virginia University. While in high school, Jarrett played drums in the M.H.S. Marching Band, Pep Band and a local rock and roll band. In junior high and high school, he is remembered for being a great dancer and entered couples dancing competitions. While in high school, he was an accomplished scuba diver where from time to time was found to scuba dive at Cheat Lake and helped law enforcement from time to time. He enlisted in the U. S. Navy in 1963 and was an Electronics Technician aboard the USS Oklahoma City during the Vietnam Conflict. He also played drums in the navy band on board ship. After his tour of duty he remained in the Naval Reserves. When he returned from service, he worked in his Dad’s business, Morgantown Battery Company, until he formed his own construction company in the early 1970’s. From 1979-84, he was employed by the City of Morgantown as the City Building Inspector and 1984-88 by Petroplus and Associates as a real estate appraiser. In 1985, he became a licensed Realtor and in 1987, a licensed real estate broker. In 1988, he and his wife, Paula, opened RE/MAX Real Estate Professionals. He was the Broker/Owner of RE/MAX for almost 30 Years. During his real estate career, he was a member of the Morgantown Board of Realtors where, for many years, he chaired the Education Committee, served as a past President and twice received the Realtor of the Year Award. He was a member of The West Virginia Association of Realtors, where he was a past director and the National Association of Realtors. He was also a past President of The North Central West Virginia Real Estate Information Network. Jarrett was a Certified Residential Specialist (CRS) and the first Accredited Buyer’s Agent (ABR) in West Virginia, as well as a licensed Certified General Appraiser. In 2001, Jarrett became a business partner and manager of The Seneca Center with his cousin Barton Loar. Jarrett enjoyed crewing for the RE/MAX Hot Air Balloon when it came to Morgantown. He took an active part in events of The Children’s Miracle Network that directly helped WVU Medicine-Children’s and other community projects. Some may remember Jerry from the” Ask the Experts Series” on WAJR “Let’s Talk Real Estate with Jerry Hall” hosted by the late Jim Stallings. Jarrett was a member of Wesley United Methodist Church in Morgantown. He is survived by his wife of 35 years, Paula Beerbower Hall; his son, Jarrett (Jack) R. Hall II and his wife, Andrea (Riki); granddaughter, Amy Elizabeth Hall Cain and husband, Tanner, all of Morgantown; two brothers, William B. Hall and wife, Kathy, of Lakewood, CO and David S. Hall and wife, Donna, of Morgantown. The family would like to thank the caregivers from Right at Home and a special thank you to April, Karen and Judy for their help and support. In keeping with his wishes, Hastings Funeral Home Omega Crematory was entrusted with cremation services. Friends and family will be received at Hastings Funeral Home, 153 Spruce Street, Morgantown, on Friday, June 10th from 3-7 p.m. Visitation will continue at Wesley United Methodist Church, 503 N. High Street, Morgantown, on Saturday, June 11th from 10 a.m. until the time of the Celebration of Life Memorial Service at 11 a.m., with Pastor Martha Ognibene officiating. A private family inurnment will be held at Oak Grove Cemetery with full military naval funeral rites conducted at the graveside. Donations may be made to WVU Medicine Children’s, 1 Medical Center Dr. Morgantown, WV 26506 or Wesley United Methodist Church 503 N. High St., Morgantown WV 26505 Send condolences online at www.hastingsfuneralhome.com
To plant a beautiful memorial tree in memory of Jarrett Hall, please visit our Tree Store
Friday
10
June

Share Your Memory of
Jarrett
Upload Your Memory View All Memories
Be the first to upload a memory!
Share A Memory
Plant a Tree