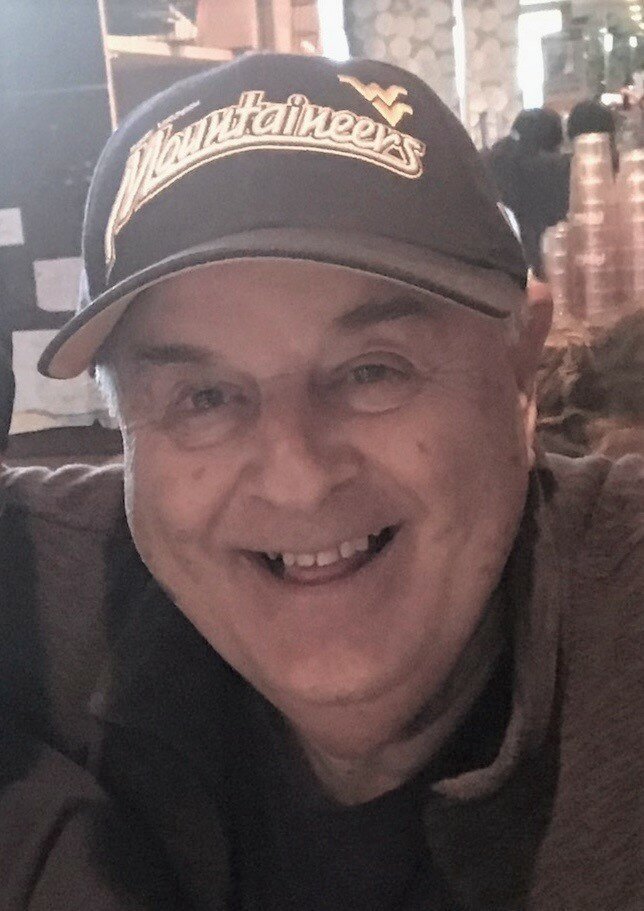 Please share a memory of Samuel to include in a keepsake book for family and friends.
View Tribute Book
Samuel Franklin Talerico, 81, of Morgantown, passed away on Tuesday, June 7, 2022, at his residence with his family by his side. He was born on December 16, 1940, in Hepzibah, WV, son of the late Frank and Rose Romano Talerico. Samuel graduated from Victory High School in Clarksburg, WV in 1959; where he was an accomplished basketball and baseball player and artist. He was nicknamed “Goose”, for his unique ball handling and dribbling skills. Soon after High School he joined the United States Air Force where he was designated Airman First Class. After basic training he was stationed in Lake Charles, Louisiana, where he met the love of his life Frances “Cookie” Lambert. Once his military duty was fulfilled, Samuel and Frances moved to Clarksburg, WV to raise their family. After a short stint with Hazel-Atlas Glass Company, the family moved to Morgantown, WV, where Samuel began his professional career as an insurance agent for Allstate Insurance Company. Samuel became an instant celebrity in Morgantown and throughout the region. It was not uncommon for Samuel’s energetic style to be on full display as emcee and participant of numerous civic and social events. His energetic personality translated into instant success for his insurance career, with many awards and recognitions. Later, he had the opportunity to open his own insurance agency, Sam Talerico Insurance Agency. Till this day, his family has continued his legacy with Talerico Insurance Agency. His love of all sports is legendary. He influenced a younger generation as a basketball and baseball coach at the youth levels. From Little League, Babe Ruth, High School, Legion to College, he absorbed Baseball. His admiration for his favorite sports team, the New York Yankees, was known to all; as was his devotion for West Virginia University athletics. It was hard to spot Samuel without either a Yankee hat or WVU hat. He was a fixture and presence at just about any kind of sporting event far and wide. His true passion was watching his grandchildren participate in all different levels of sports and activities. Samuel embraced and was proud of his Italian heritage. His love for food was just as legendary as his love for sports. In retirement, Samuel and Cookie enjoyed fishing and the outdoors and traveling to enjoy time with family and friends. Samuel leaves behind a multitude of extended family and friends; including his very special tightly knit group of friends known as “The Dinner Club”. Samuel was also a member of The Knights of Columbus and The Sons of Italy. The family extends their gratitude for all staff at Mon General and Ruby Memorial Hospitals, that assisted in Sam’s care. He is survived by his loving wife, Frances “Cookie” Talerico; three sons, Randy (Denise), Terry, and Jamie (Tina) and daughter, Tina Iquinto. Samuel adored his grandchildren, Alyssa Wineski (Ben), Ava Talerico, Anna Rose Iquinto, Giatta Iquinto and Jaxson Talerico and step-grand-children Jessica (Liliana, great granddaughter), and Sergio; and great-grandson, Elliot Wineski. He is also survived by his brother, David Talerico and daughter Jessica Meatherall and husband Chuck and children Owen, Everette and Davis; and sister-in-law, Denise Talerico(Russell) and children Andrea Audia and husband JP and their children Emma, Franco and Vinny; Meredith Talerico and child Parker; and Salvatore Talerico. He is also survived by, Sister-In-law Susie Elliot (children Mark, Eric and Joshua), Kitty Trusty (children Vicki, Rebecca and Nicole); Brother-In-Law Stephen Sheasby and Damian Lambert. In addition to his parents, Samuel was preceded in death by his younger brother, Russell Talerico, brother-in-law Stanley Rachel and former son-in-law Anthony Iquinto. Samuel will be remembered as a wonderful husband, father and friend. We ask that you remember how he touched your life and smile. And one last message from your wife: “We made it Sammy! What a hell of a ride. Rest In Peace. Until I see you again. No Goodbyes. Love, Your Wife Cookie” Friends and family will be received at St. Mary Roman Catholic Church, 3346 University Avenue, Star City, from 3-7 p.m. on Thursday, June 16th. Visitation will continue at the church from 10 a.m. until the time of Mass of Christian Burial at 11 a.m. on Friday, June 17th with Rev. Fr. Brian J. Crenwelge as celebrant. Entombment will take place at St. Mary Church Peace Gardens Mausoleum with full military rites. In lieu of flowers, donations are encouraged to be made in Samuel’s memory to St. Mary Roman Catholic Church, 3346 University Avenue, Morgantown, WV 26505. Hastings Funeral Home is entrusted with arrangements and online condolences may be made at www.hastingsfuneralhome.com
To plant a beautiful memorial tree in memory of Samuel Talerico, please visit our Tree Store
Thursday
16
June

Share Your Memory of
Samuel
Upload Your Memory View All Memories
Be the first to upload a memory!
Share A Memory
Plant a Tree