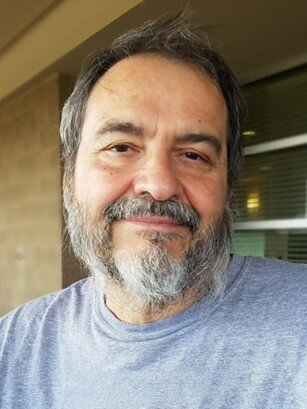 Please share a memory of Dr. Leonardo to include in a keepsake book for family and friends.
View Tribute Book
Dr. Leonardo Golubovic, 65, formerly of Morgantown, passed away in Leesburg, Virginia on June 25, 2022. Leonardo Golubovic was born on January 24, 1957 to Rajko and Vera Golubovic in Belgrade, Yugoslavia, now known as the country of Serbia. Leo spent his early years in Novi Sad, later moving to Belgrade with his family before attending the University of Belgrade. He received his Bachelor of Engineering in Electrical Engineering in 1980. After his undergraduate studies, he spent two years in the Yugoslavian Armed Forces and then received his Ph.D. in 1987. Leo moved to the United States in 1987 where he worked as a postdoctoral fellow at the University of Pennsylvania (1987-1989), University of California, Los Angeles (1989-1991) and California Institute of Technology (1991-1992) before joining West Virginia University in 1992. He became a tenured professor of Physics at West Virginia University and extended his teaching and his studies as a visiting scholar at Harvard University (1999-2000), Ludwig Maximilian University (2002), and Louisiana State University (2015). He authored more than 70 publications involving 15 articles in the prestigious Physical Review Letters and a book in statistical physics. He was awarded the Marko Jaric Prize for Outstanding Scientific Achievements in Physics in 2001. In 2005, he received the honor of being named Fellow of the American Physical Society, for his results in soft matter physics. He retired in fall of 2021 and gained the status of Emeritus. Leo met Mirjana Sovljanski while in high school but had not kept in touch until they found out through mutual friends that both had moved to the United States in 1987, with Mira in Buffalo and Leo in Philadelphia. They reached out to each other and began talking on a regular basis, visiting each other by train when possible. Rather than writing letters, their correspondence became more creative. Leo would write small newspapers with various articles about what he was doing. And when he did write letters, they would be short stories which Mira would add illustrations and send back. Leo and Mira were married in 1988 and moved to Los Angeles where they welcomed their first daughter, Alexandra, in 1990. The three then moved to Morgantown, where Leo and Mira welcomed their second daughter, Vida, in 1995. Leo loved spending time with his family, reading, expanding, and sharing his knowledge, and Star Trek. He showed his love in the form of ice cream and lasagna, tutoring his daughters and their friends, and always being there when he was needed. He was the dad who you could call at 2 AM to pick you up from the library and would also drop your friends off to make sure they made it home safe. Although not outspoken about his artistic ability, he enjoyed spending time during the pandemic painting roosters and cakes. Beyond his contributions to the physics society, Leo is remembered as being loyal, kind, caring and compassionate. He was an incredible teacher, friend, and father. He was extremely dedicated to his family and friends and went above and beyond to take care of his daughters when Mirjana fell ill in 2006 and later passed away in 2011. He touched the lives of hundreds of students who passed through the halls of the Physics Department, finding ways to make theories understandable and interesting. Leo is survived by his two daughters, Alexandra and Vida, two near sons-in-law, Isaac and James, one family friend who most think is his son, Zachariya, his two grand pups, Paco and Lily, and two grand cats, Mamoon and Guillermo. Hastings Funeral Home Omega Crematory is entrusted with cremation in accordance with Leo’s wishes. Friends and family will be received at Hastings Funeral Home, 153 Spruce Street, Morgantown, on Wednesday, July 6th from 5 p.m., until the time of the memorial service at 6 p.m. A livestream of the service will be available. Send condolences online at www.hastingsfuneralhome.com
To plant a beautiful memorial tree in memory of Dr. Leonardo Golubovic, please visit our Tree Store
Wednesday
6
July

Share Your Memory of
Dr. Leonardo
Upload Your Memory View All Memories
Be the first to upload a memory!
Share A Memory
Plant a Tree