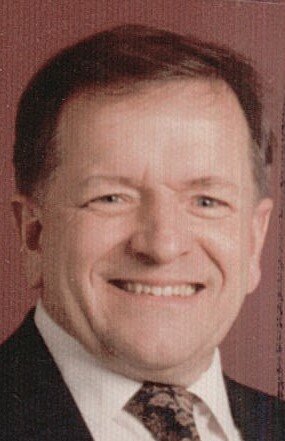 Please share a memory of David to include in a keepsake book for family and friends.
View Tribute Book
David (Dave) Roger Huffman Sr., passed away with family by his side on Sunday, July 3, 2022 at Morgantown Health and Rehab. He was born January 21, 1938 in Clarksburg, WV to James Blaine and Clarissa Todd Huffman, who preceded him in death. David was a lifelong resident of Morgantown, WV. He graduated from Morgantown High School in 1956 and began driving with the local ambulance service. In 1958, he married Salli Lou Noel of Morgantown, WV, who also preceded him in death. They had two sons and three grandchildren who survive; David R. Huffman, Jr., and wife Serah Park Huffman of San Jose, CA (sons Alan Huffman & Nicholas Huffman) and Charles M. and Luisa Huffman of Fayetteville, NC (son Gerald-David Huffman). In addition, his older brother, local Chiropractor James Blaine Huffman, Jr., preceded him in death. David also has two surviving nephews and a niece of Morgantown. David was well known in Morgantown since he sold countless vehicles to Morgantown residents. After marrying Salli, he began as the business owner of South Park Sunoco and began the Mobile Brake Shop working out of a rare 1962 Corvair (Corvan) dual sided double door van to carry the wheel drum turning equipment. Shortly after, he became the Sales Associate with Fox Automotive working with his Uncle, Bill Fox. Following his automotive interests, Dave worked as the Chief Sales Manager at Paul (PL) Layman Motors. As the Layman Motors Dealership closed, Dave began as the General Manager at the Dodge City Dealership in Sabraton until his retirement in 1983. You may have recognized Dave’s friendly voice on WCLG AM radio advertising the fleet of current vehicles for sale at the dealership. His fascination with vehicles became his lifelong hobby as he also repaired a variety of local client vehicle engines when no one else could by rebuilding Jaguars, Alph Romeo’s, Mercedes, Chrysler, Chevrolet, Buick, Pontiac; no jobs were too big or ever in doubt. Dave was awarded several Chrysler Service Awards presented with Plaques by demonstrating Top Record Dealership Sales in the Tri-State area. Dave was also quite skilled in hands-on engineering, plumbing, and carpentry skills, even helping his youngest son build his own home in Morgantown. There was very little he could not repair on his own. Dave also served his community for numerous years with active roles and positions with city council. A memorial visitation will be held at Hastings Funeral Home, 153 Spruce Street, Morgantown, on Saturday, July 9th from 7-9 p.m. In lieu of flowers, the family encourages donation be made in Dave’s memory to American Stroke Association, PO Box 840692, Dallas, TX 75284-0692. Send condolences online at www.hastingsfuneralhome.com
To send flowers to the family or plant a tree in memory of David Huffman, Sr., please visit Tribute Store
Saturday
9
July

Share Your Memory of
David
Upload Your Memory View All Memories
Be the first to upload a memory!
Share A Memory
Send Flowers
Plant a Tree