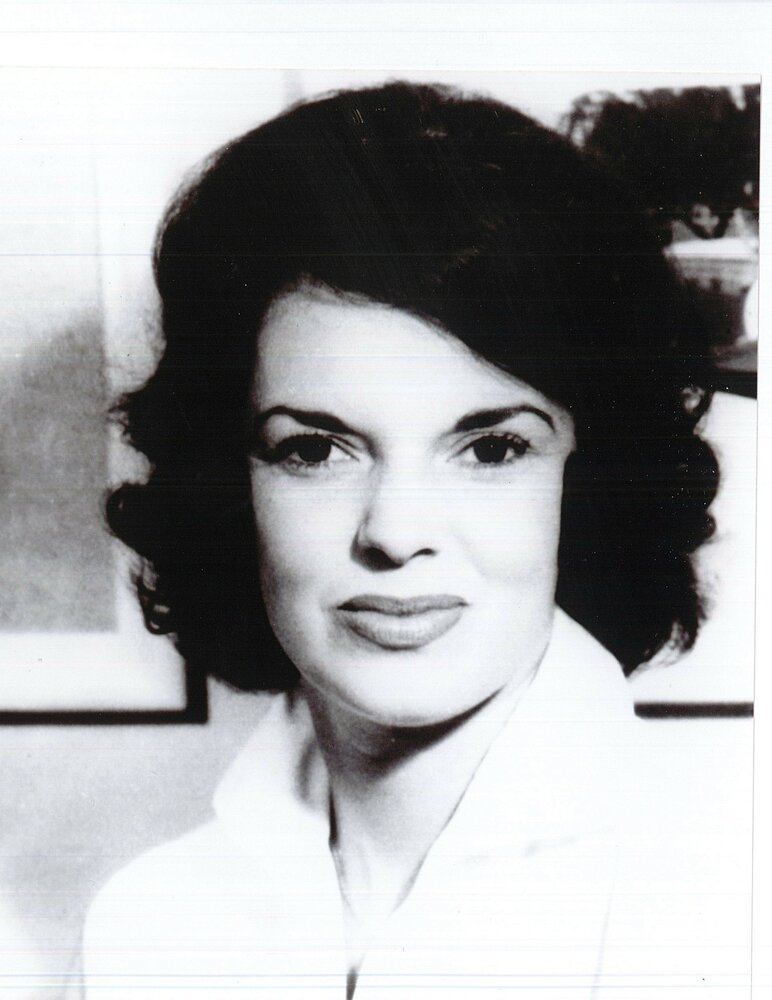 Please share a memory of Mary to include in a keepsake book for family and friends.
View Tribute Book
Mary Kathryne “Kacy” Wiedebusch passed away peacefully on July 5th, 2022. She was born in Clarksburg, WV on August 17, 1929 to Danton Leon and Mary Margaret Caussin. She grew up in Clarksburg graduating from Victory High School in 1947. She earned her undergraduate and master’s of arts from WVU and continued her professional studies in New York City with the great legends of modern dance, Martha Graham, Hanya Holm and Jose Limon. While a student at WVU, Kacy was a member of the Alpha XI Delta sorority. Her first job out of college was at Morgantown High School as a physical education teacher in the late 40’s and early 50’s starting the Junior Orchesis Dance program there. She married Charles “Charlie” Edward Wiedebusch on July 12, 1952. When she was not in the dance studio, she could be found with him on the golf course or out on the Kacy III enjoying the lake. They were founding members of Lakeview Country Club. Considered the “First Lady of Dance” at WVU, she joined the faculty in 1955 and served as Professor of Dance in the School of Physical Education and then continued as it moved to the College of Creative Arts, Division of Theatre and Dance in 1993. She retired from WVU in 2006. Kacy dedicated her life’s work to dance education during her 51 years of teaching. She built the dance program which has been recognized throughout the country. Kacy continued to be an innovative curriculum designer for dance development in higher education and was instrumental in the creation of the Dance Minor Program initiated in 2000 at WVU. She worked with President Elvis Stahr, Jr. in the construction of the Elizabeth Moore Hall Dance studio in 1960. Today, the studio is named and dedicated in her honor. She founded an “Artistry in Residency” program in 1978 bringing in over 30 nationally known artists such as Dan Wagoner, Bob Durkin and Joann Woodbury to help expose her students to new and progressive styles of dance techniques. Kacy also worked with Eric Hawkins, the Alvin Ailey Co., Philadanco and the Joffrey Ballet Co. over her years at WVU. During her tenure as artistic director of the WVU Orchesis Dance Ensemble, she choreographed and produced over 150 theatrically staged concerts, 8 original story ballets all while working with the University Choir, the Percussion Ensemble, Tom Canning, Phil Faini and and others. Kacy was a founding member of the American College Dance Festival Association first held at the University of Pittsburgh in 1973. She was instrumental in the development of the West Virginia State Dance Festival. Her Orchesis modern dance ensemble was one of the first to perform on the stage of the Cultural Complex in Charleston, WV. She has received two national awards for her commitment to dance at the collegiate and national level. In 1992 and 1994 she was appointed the WV Dance Educator of the Year. She was inducted into the WVU Physical Education Hall of Fame in 1994. She was appointed and served the state steering committee for the WV National Standards of the Arts in 2000 and received the Paul “Buck” Martin Alumni Service Award in 2006. She was honored as a “Woman of Distinction” by her national sorority, Alpha Xi Delta. In 2007, Kacy was inducted into WVU’s Order of Vandalia, the University’s highest honor and recognition for extraordinary service to West Virginia University. Kacy’s love for dance education extended into the community with her countless concerts for children, outreach programs in the public schools and the development of the Community Arts Dance Program for children and adults. Over the years, she was also involved with the Metropolitan Preservation Foundation, the Met Theatre Commission Board and the Monongalia General Hospital Ball of the Year. She also was on the Betty Puskar Breast Care Center Board and actively helped with the Betty Puskar Futures Golf Tournament. She is preceded in death by her husband, Charles Edward Wiedebusch, her brother, Eugene Dixon Caussin, infant brother Danton Leon Caussin Jr., her sister in law, Harriett Wiedebusch Raese and nephew Charles Dickinson Raese. She is survived by her daughter, Carole Jean Wiedebusch and her son, Charles Edward Wiedebusch II, his wife, Heidi Bartlett Wiedebusch and grandsons, Charles Jackson and James Gray Wiedebusch all of Morgantown. Her nephew, Robert Arlington Raese, his wife Paula Fazenbaker Raese and daughter Audrey of Morgantown. Her great niece Amelia Raese Hoover and husband Austin of Harrisburg, PA. Her niece Jeanne A. Caussin of Jacksonville, Florida and nephew Danton Lee Caussin of Florida. Friends and family will be received at the Erickson Alumni Center, 1 Alumni Drive, Morgantown, WV on Sunday, August 7, 2022, from 1 p.m. until the time of the Memorial Service at 2 p.m. In lieu of flowers, donations may be made to the Mary Kathryne “Kacy” Wiedebusch Dance Scholarship at West Virginia University or to Morgantown Hospice. Donations can be mailed to the WVU Foundation, 1 Waterfront Place, 7th Floor, PO Box 1650, Morgantown, WV 26507-1650. The fund number, 3V744, may be added to the memo line. Morgantown Hospice -An Amedisys Partner, 3596 Collins Ferry Road, Suite 250, Morgantown, WV 26505. Hastings Funeral Home is entrusted with arrangements and online condolences may be made at www.hastingsfuneralhome.com
To plant a beautiful memorial tree in memory of Mary Wiedebusch, please visit our Tree Store
Sunday
7
August

Share Your Memory of
Mary
Upload Your Memory View All Memories
Be the first to upload a memory!
Share A Memory
Plant a Tree