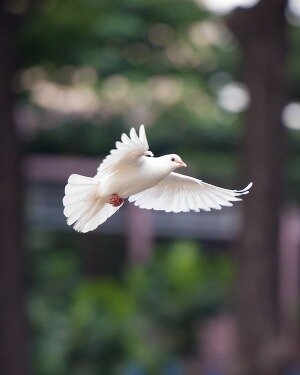 Obituary of Charles A. Rude

Please share a memory of Charles to include in a keepsake book for family and friends.
View Tribute Book
Charles A. Rude, 95, of Over Cheat, Morgantown, died on Thursday, July 14, 2022, at WV Veterans Nursing Facility in Clarksburg, WV. He was born May 7, 1927, in Over Cheat, WV, son of the late John R. and Julia Catherine (Wolfe) Rude. He was a coal miner having worked at the Consolidated Coal Company, Humphrey #7 Mine for 25 years from 1964-89 at which time he retired. He had been a coal miner for over 42 years. He was a Veteran of the Korean Conflict where he served in the US Army’s 7th Division. He enjoyed staying busy and liked to garden, work on machinery, and socialize with friends and family. He is survived by one son and daughter-in-law, Roger Lee and Lindsay Rude of Jefferson Hills, PA; two daughters, Charlene Rude Stansbury and husband, Robert, of Birmingham, AL, and Cynthia S. Rude Goff and husband, Mike, of Cheat Lake; six grandchildren: Kevin Stansbury, Brianna Miller, Ashleigh Meyer, Colbey Rude, Brittney Pietrowski, and Kristen Goff; and seven great grandchildren, Tyler, Madison, Allison, Abigail, Junia, Levi, and Evie. In addition to his parents, Charles was preceded in death by his wife, Helen Margaret Dolovacky Rude on April 18, 1994 and second wife, Georgia Gay Dunn Rude on January 1, 2014; one brother, George J. Rude; four sisters, Anna Nabors, Elvira Ridgeway, Mabel Thomason and Mary Fowler. Friends and family will be received at Hastings Funeral Home, 153 Spruce St., Morgantown, on Thursday, July 21st from 10 AM until the time of the funeral service at 12 Noon with Reverend David Goodin officiating. Interment will take place at Fletcher Cemetery. In lieu of flowers, memorial donations may be made in his honor to the WV Veterans Nursing Facility, 1 Freedoms Way, Clarksburg, WV 26301. Please make checks payable to WVVNF Resident Benefit Fund. Online condolences may be made to the family at www.hastingsfuneralhome.com.
To plant a beautiful memorial tree in memory of Charles Rude, please visit our Tree Store
Thursday
21
July

Share Your Memory of
Charles
Upload Your Memory View All Memories
Be the first to upload a memory!
Share A Memory
Plant a Tree