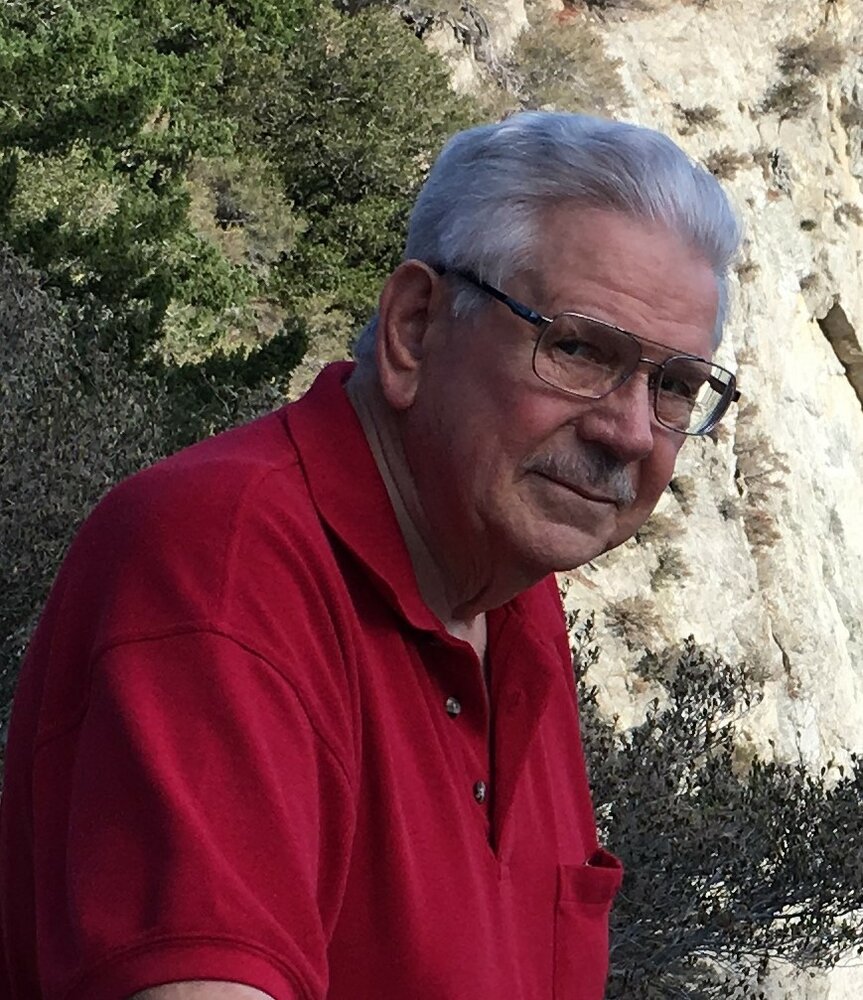 Please share a memory of James to include in a keepsake book for family and friends.
View Tribute Book
James Benjamin Reeder, 92, of Canton, OH and Naples, FL passed away on August 24, 2022 at Ruby Memorial Hospital in Morgantown, WV from complications due to Covid. Jim was born in Morgantown, WV to Benjamin G. Reeder and Angie Friend Reeder on May 6, 1930. He graduated from Morgantown High School in 1948 and married Ruth Ann Martin on July 14, 1948. Jim worked as a machinist in the steel and automobile industries and owned and operated an auto parts store in Louisville, OH until retirement. He operated his own vending business after retirement to keep active. He loved family above all and desired nothing more than to have his children and grandchildren surrounding him. He diligently kept in contact with relatives and friends everywhere he visited. The more family he had around, the happier he was. Our father was a kind and simple man who had a deep faith and a delightful sense of humor. He was an avid traveler who loved to “hit the road.” He valued being independent and was exceedingly proud that he was able to continue driving until he fell ill in June. Dad never lost his zest for life or his love of learning, he read voraciously, and remained a warm and loving presence in all our lives, always making his time to visit his loved ones memorable. He was truly interested in whatever it was that interested us, never failing to inquire about our work, interests, and life. He would often endearingly bring us a gift of various articles he had read that he felt aligned with our interests. Dad would do whatever he could for anyone he loved, even if it was just to sit and listen or to pray for us. “Pop,” as he came to be known by all, is sorely missed. Jim is survived by his sister, Carolyn Greiner (Jack) of MD; his brother William Reeder (Patricia) of VA; his daughters, Terry Braucher of FL; Christi Chisler (Bradford) of CA; Kim Gray (Don) of OH; Jamie Cain (Greg) of FL; and son, Scott Reeder (Joanne) of OH; his grandchildren, Tracy Jones, (Ron) and 2 sons; Alexi Chisler, (Gueorgui) and son; Benjamin Chisler, (Kristina), and daughter and son; Jessica Gray, (Tyler); Amanda Gray, (Andrew) and daughter and son; Heather Heinzeroth, (Henry) and daughter and son; Bryon Cain, and his 2 daughters and son; Shelly Kennedy, (Terry) and son and daughter; Jherrid Reeder, (Tya) and son; and Micah Reeder, (Kayla) and daughter, as well as a host of nieces, nephews, cousins and other relatives. In addition to his parents, Jim was preceded in death by his wife of 55 years, Ruth Martin Reeder; brother, Charles Reeder; sister, Margaret Ferguson; sister, Louise Seeton; brothers-in-law Charles Ferguson and Ross Seeton; granddaughter Rachel Reeder and great-granddaughter, Angelica Kennedy. He was also preceded in death by his second wife, Jeanne Hall. In accordance with his wishes, cremation services have been provided by Hastings Funeral Home in Morgantown, WV. He will be buried in Sunset Hills Memorial Garden in Canton, OH. The memorial service and interment are being planned for late October; the details of which will be announced soon. In lieu of flowers the family asks that donations please be made either to the American Diabetes Association at https://diabetes.org or to the Immune Deficiency Foundation (IDF) https://primaryimmune.org/ in his memory. The family wishes to further extend their gratitude to Ruby Memorial Hospital for the wonderful care they provided for our father. We also extend our condolences to all who loved him, and we thank you dearly for your thoughts and prayers during this very difficult illness. Online condolences may be made to Hastings Funeral Home.
To plant a beautiful memorial tree in memory of James Reeder, please visit our Tree Store

Memorial Service and Interment are being planned for late October; the details of which will be announced soon.
Online Memory & Photo Sharing Event
Online Event
About this Event