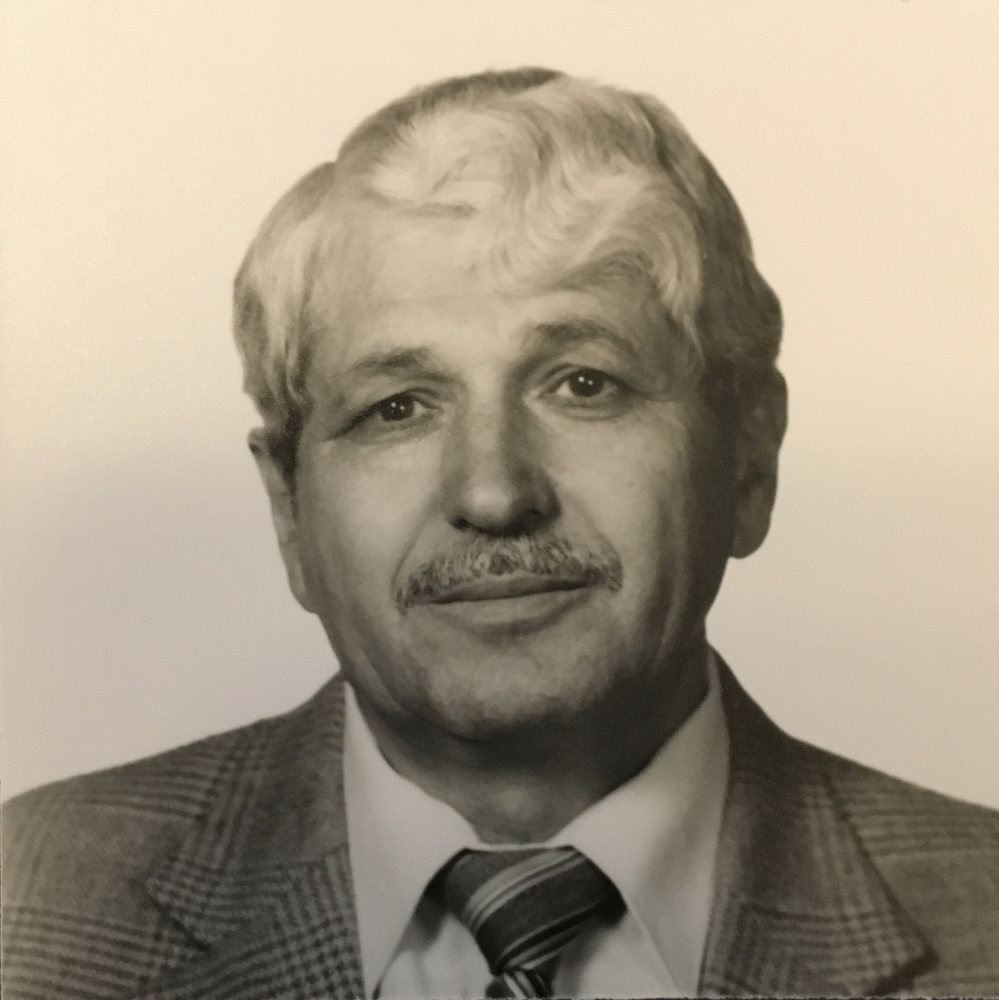 Please share a memory of George to include in a keepsake book for family and friends.
View Tribute Book
Dr. George Panagiotis Tryfiates was welcomed home by his Savior on the Lord’s Day, September 18, 2022, in Wilmore, Kentucky. He was preceded in death by his parents Panagiotis John and Constance Tryfiates. He is survived by Mary, his beloved wife of 63 years, also now of Wilmore, and his four children: Panagiotis George Tryfiates (Laurie) of Virginia; Constance T. Beddard (Rick) of Virginia; Maria K. Dalton (Curtis) of Maryland; and Elizabeth A. Lyons (Rev. James) of Kentucky; and nine grandchildren: Anastasia, George, Caroline, and Catherine Tryfiates; Gabrielle and Alexandra Beddard; Sofia Dalton; and John and Anthony Lyons. George was born February 26, 1935 in Gouria, Greece. His excellence as a student earned him a coveted place in the Palamas High School of nearby historic Mesologgi, Greece. Following World War II and the subsequent civil unrest, George came to the United States in late August 1954, to attend college without knowing English – then a requirement for the visa to study in the US – and yet he was allowed to immigrate. He was sponsored by his maternal uncle, the late Athanasios (Tom) Repas. Overcoming the language challenge during his studies, George graduated from the University of Toledo in 1958 with a Bachelor of Science in Biology and Chemistry; he earned a master’s degree on a graduate fellowship from Bowling Green State University of Ohio where he met the love of his life, Mary Alice Anderson of Lyndhurst, Ohio. A further graduate fellowship at Rutgers University provided the means for him to earn his Ph.D. in Biochemistry. His post-graduate studies continued at Duke University, the University of Pennsylvania School of Medicine, and the Fels Cancer Research Institute, Temple University Medical School on a National Institutes of Health fellowship. After a short stint in the private sector in North Carolina, Tryfiates moved his young family to West Virginia where, in 1966, he began his career in the Department of Biochemistry at the West Virginia University School of Medicine. He retired as professor emeritus in 1997 after a long and successful career marked by highlights such as his discovery of a cancer marker based on his research of Vitamin B6 and its role in tumor growth; he was founder and chief editor of the Journal of Nutrition, Growth, and Cancer; and author of a book, Vitamin B6 Metabolism and Role in Growth. He is the author, editor or reviewer of dozens of scientific papers, chapters, and books, and a speaker at numerous international scientific conferences. George’s first love was Jesus Christ, his Savior; he was dedicated to living out his Christian faith, and worshiped God in both word and deed. He was beloved by many in the communities he served. He was Reader and Chanter at Assumption Greek Orthodox Church of Morgantown for many years under his dear friend, the late Rev. Fr. Anthony Morfessis. He also later served as a deacon at Mt. Morris Gospel Tabernacle, Mt. Morris, PA. George often remarked on how the Lord was guiding his life and opportunities – sometimes in miraculous ways – even when he was not actually serving the Lord. George founded the nonprofit Greek Christian Missions in 1984 to feed people on the street and the homeless in Morgantown. The ministry expanded to include overseas missions, including prison ministry, and the construction of churches and orphanages, in places as wide ranging as Zambia, Nigeria, Tanzania, South Africa, Kenya, and Greece. Even in his later years, George would alarm his family by insisting the Lord wanted him to go yet once more to Africa despite his age and the rigors of travel. The ministry served its first meal in the basement of Hardees on High Street in downtown Morgantown, and has flourished for decades though it was never advertised and never solicited contributions. As a result of this work, the Dominion Post in 2004 named him one of the top 100 influential people of Morgantown. The ministry continues today under the leadership of long-serving beloved volunteers and friends. The day before he reposed, George received exciting news of another successful meeting. George’s faith also influenced his other interests. His prayers for his beloved Mountaineers could be heard throughout the house during tense moments of a game. George was simply an avid, lifelong Mountaineer fan. George and Mary moved to Wilmore, Kentucky, in 2021 to be near their youngest daughter after 55 years in Morgantown, West Virginia. Friends and family will be received at Assumption Greek Orthodox Church, 447 Spruce Street, Morgantown, WV 26505 on Saturday, October 1, 2022 from 10:00 AM until the time of the funeral service at 11 AM with Rev. Fr. Earl Cantos of Florence, Arizona, a family relation, and Fr. Jon Emanuelson of Assumption Greek Orthodox Church officiating. Burial will follow at Cedar Grove Cemetery, Mt. Morris, Pennsylvania. In lieu of flowers, memorial gifts may be made to Greek Christian Missions, P.O. Box 1003, Morgantown, WV 26507. The family thanks Bluegrass Care Navigators, Lexington, KY, for their gentle and professional hospice care of our father and papous. Arrangements by Hastings Funeral Home, Morgantown, WV. www.hastingsfuneralhome.com.
To plant a beautiful memorial tree in memory of George Tryfiates, please visit our Tree Store
Saturday
1
October

Share Your Memory of
George
Upload Your Memory View All Memories
Be the first to upload a memory!
Share A Memory
Plant a Tree