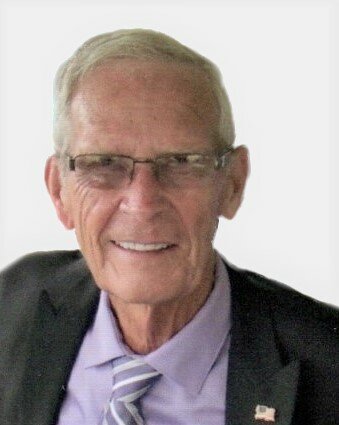 Please share a memory of James to include in a keepsake book for family and friends.
View Tribute Book
James Patrick Clevenger, 88, passed away on Saturday, April 30, 2022, in Virginia Beach, VA. Jim was born on May 12, 1933, near Webster Springs, WV, son of the late Roal Patrick and Rose Ann Payne Clevenger. He was a member of the Morgantown community since 1956. Jim graduated from Sutton High School and West Virginia University where he received a degree in civil engineering, graduating with honors in 1960. He was a licensed professional engineer, a member of Tau Beta Pi and Chi Epsilon honorary fraternities, and a member of the National and WV Societies of Professional Engineers. He was a veteran of the US Army, serving during the Korean War from 1952 to 1955 with the Army Security Agency. Much of that time was spent at a small base in Kyoto Japan. Jim was also a member of the American Legion. Jim married Mary Cunningham of Pisgah, WV, on June 14, 1958, at Spruce Street United Methodist Church. They were devoted and loving partners for over 61 years until her death on January 1, 2020. Jim worked for the USDA Soil Conservation Service for 35 years in a number of different engineering and management positions. Most of those years were spent in West Virginia working on flood control projects. He also worked with farmers and landowners on conservation and pollution control measures. During his tenure, he helped with the planning, design, and construction of over 150 flood control dams, many of which serve multiple purposes such as water supplies and recreation. He was in charge of Water Resources planning for West Virginia when he retired in 1992. Jim was a member of the Suncrest United Methodist Church where he served on many committees and was chair of the Board of Trustees for a number of years. He helped with a number of church expansions and renovations. His real love was helping take care of the church lawn and landscaping. He was a member of the Suncrest Kiwanis Club where he served as Secretary and worked on many service and fundraising projects. Jim was a member of the WV Tree Farmers Association and installed a number of forest management practices on the family farm. During his retirement years, he enjoyed working on the farm, golf, traveling, volunteer work helping others and above all his grandchildren. He had a long, healthy and wonderful life. Jim is survived by two sons, Joe (Beth), and Jimmy; son-in-law JJ; granddaughters Katie, Maggie, Molly (Jacob); grandsons Quinn, Wes, Walt and Ian and great-grandsons Noah and Patrick; and sisters Susan, June, Linda (Bill) and Barbara (Mike). In addition to his parents and wife, Jim was preceded in death by his daughter Kim; brothers Richard and Kenneth Clevenger; and sisters Peggy Billotti and Nancy Barton. A memorial service will be held at Suncrest United Methodist Church on Saturday, October 22 at 2:00 pm with Pastor Mike Estep officiating. Jim and Mary's remains will be placed in the church columbarium. Dinner at the church will follow. In lieu of flowers, donations may be made in his memory to Suncrest United Methodist Church, 479 Van Voorhis Road, Morgantown, WV 26505. Send condolences online at www.hastingsfuneralhome.com
To plant a beautiful memorial tree in memory of James Clevenger, please visit our Tree Store
Saturday
22
October