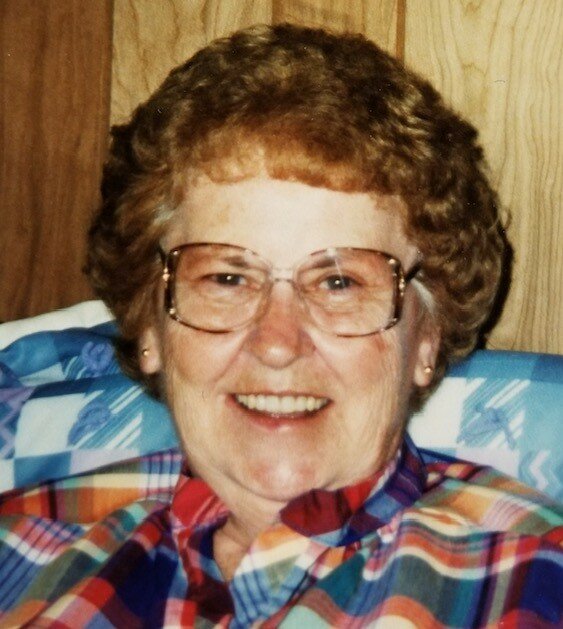 Please share a memory of Grace to include in a keepsake book for family and friends.
View Tribute Book
Grace "Gracie" Adeline Lanham Zinn, 94, of Morgantown, passed away Saturday, October 29, 2022 at her home. She was born July 10, 1928 at Lock #13, where her father was lockmaster, a daughter of the late Lowery C. and Vanna (Stutler) Lanham. She was about four years old when they moved from Lock #13 to Easton. She was the youngest of 10 children. She had two sisters, Dorothy Jean and Edith Carolyn, who died at birth and one brother, James Frank died when he was about two years old. Other members of her family were Clayton, Georgia (Weaver), Mary (Gatian), William, Ruth (Gatian), and Virginia (Brand). She attended Easton Grade School and was a 1947 graduate of University High School. She was on the committee for eight high school reunions. Gracie was married at Avery Church on June 4th, 1949 to Roy Earl Zinn, Jr., who passed away on June 15, 2007. Rev. Durwood T. Goodwin performed the ceremony. They were the parents of two sons, Roy Earl Zinn, III and Danny Kent Zinn. She was preceded in death by her son, Roy Earl Zinn on December 4, 2019 and her grandson, Roy Earl Zinn IV on September 30, 2020. Gracie is survived by her son, Danny Kent Zinn; granddaughter, Angela Bell; great grandson, Elijah Boyd Zinn and Wyatt Lanham Zinn; and daughter-in-law, Jeannie Malott Zinn. Genealogy was her hobby. Her computer is full of records of her father and mother's side of the family, University High School, Morgantown High School and many others. Friends and family will be received at Hastings Funeral Home, 153 Spruce St., Morgantown, on Thursday, November 3rd from 10 AM until the time of the funeral service at 11 AM with Pastor Ed Moats officiating. Interment will follow at East Oak Grove Cemetery in Morgantown. Online condolences may be made to the family at www.hastingsfuneralhome.com.
To plant a beautiful memorial tree in memory of Grace Zinn, please visit our Tree Store
Thursday
3
November

Share Your Memory of
Grace
Upload Your Memory View All Memories
Be the first to upload a memory!
Share A Memory
Plant a Tree