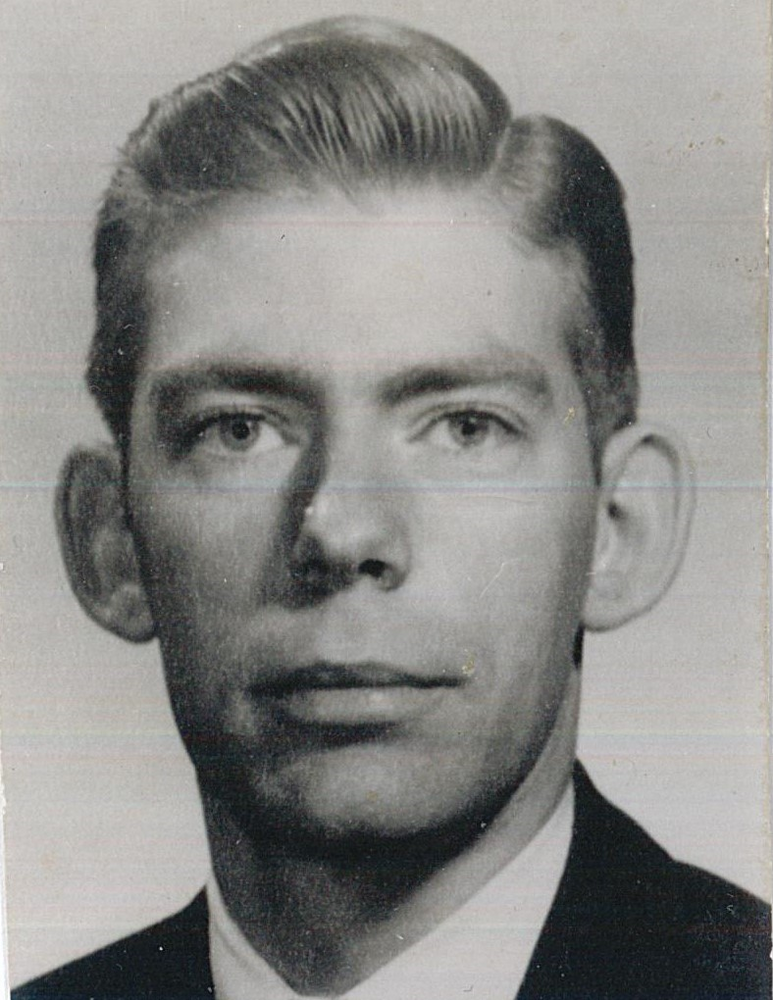 Please share a memory of David to include in a keepsake book for family and friends.
View Tribute Book
David Hall died on November 17 at home. A seventh-generation West Virginian, he was born August 14, 1935, in the Glenville home of Joe and Marjorie Hall. After his Golden Horseshoe, he was pleased that he had been named to the All-State WV High School Band for playing baritone sax. He was later on the Glenville State College basket-ball team which lost to (but laughed with) "Hot Rod" Hundley's WVU freshman team. A three-year Korean War era veteran, he was a surgical technician at Brooke Army Medical Center (TX), Camp Hanford (WA) – where he was tennis champion – and a MASH in Germany. He and Mary Jane (Cleavenger) married their senior year at Glenville State College 63 years ago. Dave's Ph.D. in medical sociology and anthropology was from the University of Kentucky, where he remained as Assistant Professor in the College of Medicine's Department of Behavioral Science from 1964 to 1969. He came to WVU as Associate Professor of Community Medicine, serving on medical student admissions committees for thirty years, fourteen as chair, until his retirement as Professor Emeritus. Dr. Hall was visiting professor at Ireland's University College Galway, Department of Health Promotion. Former president of the Morgantown Unitarian Fellowship, the Morgantown Racquet Club, Bartlett House and the Glenville High School Alumni Association. He was a volunteer for Meals on Wheels and served eight years on the Monongalia County Democratic Executive Committee and the WVU Faculty Senate. His interests included reading, tennis, travel, music, Irish history and language, "Maltineer" home brewing, architecture and WVU sports. After their retirement, he and Mary Jane lived five years in their cottage on the Cliffs of Moher, Doolin, County Clare, Ireland. Hibernophiles, they made thirty trips to Ireland, visiting all thirty-two counties on the island (where Dave's fifth great-grandfather, John Hall, was born in 1735 and was later a captain in the Revolutionary War). Dr. Hall was preceded in death by his son, John Stephen (1960-69), and his parents. He is survived by his wife and their son Joe and daughter-in-law Sami of Oakmont, PA and sister Martha Walters of Huntington Beach, CA. He requested to be cremated and to have a short musical Irish wake. Friends and family will be received at Hastings Funeral Home, 153 Spruce St., Morgantown, on Wednesday, November 30, 2022 from 2:00 PM until the time of memorial service at 3:00 PM. Online condolences may be made at www.hastingsfuneralhome.com.
To plant a beautiful memorial tree in memory of David Hall, please visit our Tree Store
Wednesday
30
November

Share Your Memory of
David
Upload Your Memory View All Memories
Be the first to upload a memory!
Share A Memory
Plant a Tree