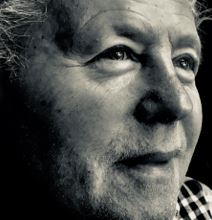 Please share a memory of Darwin to include in a keepsake book for family and friends.
View Tribute Book
On December 2, 2022, attorney and businessman Darwin Franklin Johnson, 85, passed away. Known to friends as "Snooks", Darwin was born April 19, 1937, in Detroit City, Michigan to Virginia Lucille Hagedorn and George Darwin Johnson. He grew up in Morgantown, WV and graduated from WVU Law School in 1967. He was past President of The Darwin Corporation and Vance River Terminal. He was a developer and owner of The Country Squire Mobile Home Park and other rental properties. Darwin was an avid tennis player, golfer, boxer, water and snow skier. He learned to fly at a young age, was an instrument rated (IFR) pilot, and as a teenager, flew cross-country to Los Angeles and back on a 57-day journey making many stops along the way. He loved to work, operate heavy equipment, and enjoy nature. He was a certified scuba diver and one of the original members of the Monongalia Scuba Rescue (and Recovery) Squad. In 1962 shortly before the Cuban Missile Crisis, Darwin discovered a treasure trove of guns while scuba diving in the backwaters of Cheat Lake. The weapons were said to be headed to Castro. Although Darwin spent much of his time in Jupiter, FL he always maintained his Morgantown "Carriage House" which he built atop land south of town once owned by Joe Dimaggio and known as Roundbottom. One of Darwin's greatest joys was raising generations of award-winning Elhew English Pointer birddogs that brought him much love, laughter, and happiness. For two summers a wild grouse befriended Darwin. He named it "Buddy". The wild grouse would visit him daily and appeared to be not the slightest bit fearful amongst its new friend and his family. It goes without saying, the birddogs were less than pleased. He is survived by his partner of twenty-two years Linda Stump, his three sons, George D. Johnson of North Palm Beach, FL, Aaron V. Johnson (Jocelyn Vorbach), Todd B. Johnson, and his grandson, Bowie V. Johnson all of Morgantown. Friends and family will be received at Hastings Funeral Home, 153 Spruce St., Morgantown, on Friday, December 9th from 2-7 PM. A private family committal service will be held on Saturday morning. All are invited to attend a public reception at the WVU Alumni Center, 1 Alumni Dr., Morgantown on Saturday, December 10th from 1-4 PM to continue to celebrate his life. To make condolences, please visit https://www.hastingsfuneralhome.com. In lieu of flowers, donations may be directed to the Michael J. Fox Foundation https://www.michaeljfox.org/ or WVU Rockefeller Neuroscience Institute http://wvumedicine.org/RNI for Parkinson's Disease Research. Please make any checks payable to WVU Foundation, ATTN Tim Bolling PO Box 1650 Morgantown, WV 26507-1650. Please reference that your tax-deductible gift is being made in honor of Darwin F. Johnson.
To plant a beautiful memorial tree in memory of Darwin Johnson, please visit our Tree Store

Look inside to read what others have shared
Family and friends are coming together online to create a special keepsake. Every memory left on the online obituary will be automatically included in this book.
View Tribute Book
Services for Darwin Johnson
There are no events scheduled. You can still show your support by planting a tree in memory of Darwin Johnson.
Plant a tree in memory of Darwin

Share Your Memory of
Darwin
Upload Your Memory View All Memories
Be the first to upload a memory!
Share A Memory
Plant a Tree