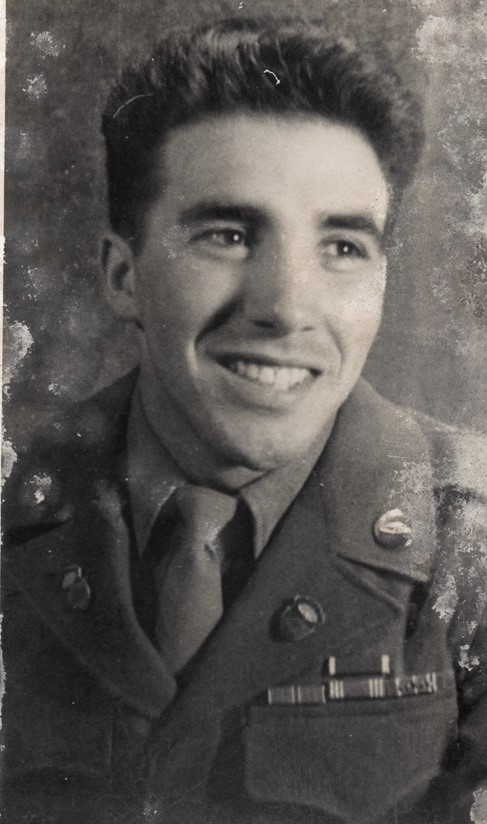 Please share a memory of Salvatore to include in a keepsake book for family and friends.
View Tribute Book
Salvatore 'Sam' Madia, 98, formerly of Morgantown, passed away peacefully Wednesday, December 14 in Clarksburg, WV. He was a teacher, artist, veteran, coach and athlete of the highest order, always known for his positive outlook. His life was an extraordinary story of strength and accomplishment, and he maintained a vibrancy and good health well into his later years. Sam was born March 16, 1924 in San Giovanni in Fiore, Cosenza, Italy to Pasquale and Teresa Marrella Madia. His mother died a week after his birth. His father emigrated to the United States, leaving Sam in the care of his Italian family. Pasquale settled in Morgantown, remarried the widowed Bettina Audino of Reggio, Reggio Calabria, Italy, and in 1928 returned to his hometown and brought Sam to America. He died less than a year later. Sam was raised in Morgantown, grew up in Greenmont, and graduated from Morgantown High. As a youth he was known for his industriousness, helping to provide for his adoptive mother and two sisters. He was the man of the family at an early age and responded to the challenge with vigor. Sam was drafted to serve in World War II, landed at Normandy, fought in the Battle of the Bulge, and earned many commendations, including a Bronze Star, and two Purple Hearts—one when he was wounded on Christmas Day in 1944. He was a member of the Army's elite 'Hell on Wheels' 2nd Armored Division, the first American unit to enter Berlin at the end of the war. He was a proud veteran, true American hero, and considered his service an honor. Following the war, Sam enrolled at WVU but was persuaded by an admiring professor to pursue a degree from the Art Institute of Pittsburgh (AIP). He graduated from AIP, then returned to Morgantown to earn his college degree, and then a masters. He taught at Morgantown High and University High, Glenville State, and finally, at California University of Pennsylvania (Cal U), where he retired as a professor in applied engineering and technology. While at University High, he coached the 1956 wrestling team to the West Virginia state championship. He also coached track and field, wrestling and tennis at Cal U. He loved to teach and inspire young people to reach their potential. Throughout his life Sam continued to paint, draw, and sculpt, contributing and donating many pieces to churches, schools, and non-profits throughout western Pennsylvania and West Virginia. His body of artwork includes more than 25 pieces that are part of the permanent collection at West Virginia University. He had a remarkable ability to create distinctive work in a multitude of mediums and themes. In addition to successful careers in teaching and art, Sam was an accomplished senior athlete. He became a championship golfer, then applied his passion for track and field into a record of winning at the highest level of senior games throughout the United States. He loved the comradery with his fellow athletes and continued to train and compete until his late 80's. Sam was predeceased by his parents; mother of his sons Helen; son Marc Dean Madia; sister Katherine Tarsitani Hollandsworth; sister Mary Gloria Redmond; baby sister Terrasima Madia; nephew Charles Hollandsworth; and niece Cynthia Hollandsworth Vaglienti. He is survived by his son, Victor Matt Madia of Morgantown; nephew James Redmond, and wife Cindy of Morgantown; great-nephew Anthony Vaglienti of Morgantown; great-niece Shelly Hollandsworth Glass of Colorado Springs, CO; great-niece Angela Hollandsworth of Sterling, VA; great-niece Hayley Redmond Hardin, of Kalamazoo, MI; great-niece Hannah Redmond of Chicago; great-great-nephew James Victor Hardin of Kalamazoo; additional relatives and family members he cherished; and his paison brother from a different mother, Mike Costa, of Coal Center, PA. Sam loved and celebrated his Italian heritage. There wasn't a plate of food he wouldn't finish, and no family meal was complete until the table was bare. He never met a stranger, and had a fondness for people, especially the ladies. He had an uplifting personality that shone like a bright light no matter the circumstance. In his world, every day was a great day. When he put his mind and effort toward a goal it got done, and done right, hell or high water. Few in this world have come so far, and his unrelenting good spirit and tenacity are an inspiration that will never be forgotten. The family would like to sincerely thank all the present and past employees of Point Manor, the Respi Center Waynesburg, Amedisys Hospice, and the West Virginia Veterans Nursing Facility (WVVNF) for their help, care and concern throughout Sam's last years of life, with special gratitude to WVVNF for their exceptional kindness and assistance during his final days. Hastings Funeral Home is handling arrangements. Friends are welcome to join in a committal service with full military honors at East Oak Grove Cemetery on Tuesday, December 20 at 11 a.m. with Sister Rachel Blais officiating. Following the service, all in attendance and others are invited to share fellowship and refreshment at Oliverio's Ristorante on The Wharf, 52 Clay Street, from noon-2 p.m. The family requests no flowers, though donations in Sam's name can be made to: WVVNF Resident Benefit Fund, West Virginia Veterans Nursing Facility, 1 Freedom Way, Clarksburg, WV 26301. Send condolences online at www.hastingsfuneralhome.com
To plant a beautiful memorial tree in memory of Salvatore Madia, please visit our Tree Store
Tuesday
20
December

Share Your Memory of
Salvatore
Upload Your Memory View All Memories
Be the first to upload a memory!
Share A Memory
Plant a Tree