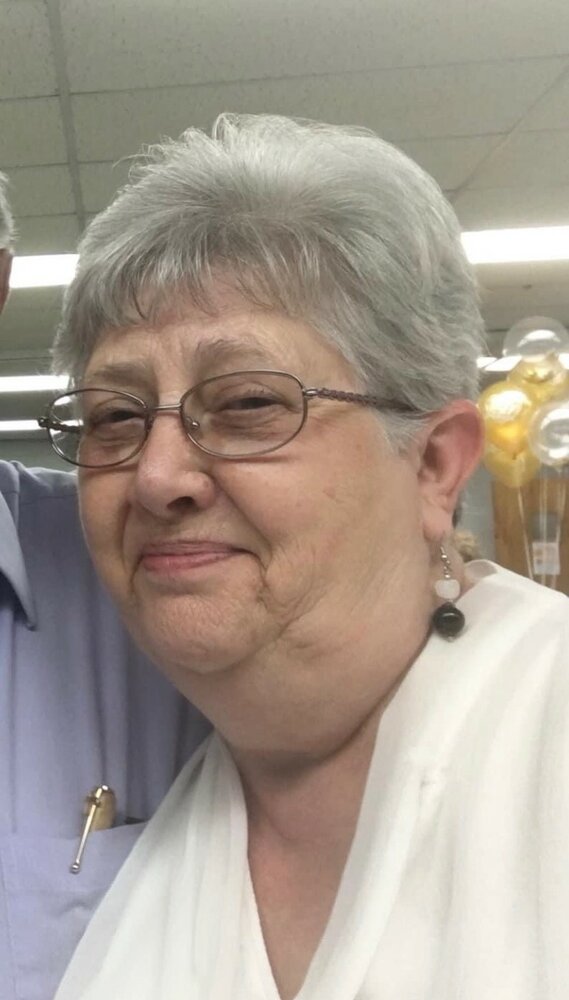 Please share a memory of Nancy to include in a keepsake book for family and friends.
View Tribute Book
Nancy Jeanne Starkey Richmond, 81, of Morgantown passed away on Friday, December 16, 2022, at JW Ruby Memorial Hospital. She was born on October 15, 1941, the daughter of the late O. Vance Starkey and Virginia E. Nabors Starkey, both of Morgantown, WV. Nancy graduated from Morgantown High School in 1959. She attended Burlington Community College in Burlington, New Jersey. She was very active with the Delran City Council and Delran Athletic Association in Delran, New Jersey, and she was president of the Welcome Wagon Club. She also served as a member of the Service League of Morgantown, Westside Senior Center in Westover and was involved with Meals on Wheels for several years and was very active within her church. Nancy was the Church/Financial Secretary for 15 years at Spruce Street United Methodist Church. While attending the SSUMC, she was involved with Discipleship Classes, McDowell Mission, Single Adult Fellowship and Girls Night Out. After retiring in 2010, she became a member of the Suncrest United Methodist Church and was involved with Missions and volunteering at her church. She loved to usher at the West Virginia Public Theatre, square dancing, working in her flower garden and cooking. In addition to her parents, Nancy is preceded in death by grandparents, Harry and Mathilda Nabors, Charles and Levina Starkey; one brother, Vance L. Starkey; and one step-son, Charles Richmond, II. Nancy is survived by her husband, Charles E. Richmond, whom she married in 1998; two daughters, Kimberly J. Sabo (John), Pamala V. Engle, both of Vienna, WV; one son, Daniel William Jacobs, II (Cathy) of Rivesville, WV; one step-son, Stanley Richmond of Rocky Mount, VA; and one step-daughter, Victoria Scodes (Toni), Norfolk, VA; one brother, David D. Starkey (Esther) of Morgantown; one sister, Susan L. Starkey and friend Joann Stringer of St. Augustine, FL; 28 grandchildren; 32 great grandchildren; three great great grandchildren and many nieces and nephews. Hastings Funeral Home is entrusted with arrangements. Friends and family will be received at Suncrest United Methodist Church, 479 Van Voorhis Road, Morgantown, on Thursday, December 22, 2022 from 10 AM until the time of the funeral service at 12:00 Noon with Pastor Mike Estep and Pastor Junius Lewis officiating. A private family committal service will take place at Mt. Calvary Cemetery. In lieu of flowers, the family requests that memorial contributions be made to Meals on Wheels, 3375 University Avenue, Star City, WV 26505 or Abundant Life Recovery Housing, PO Box 4078, Morgantown, WV 26504 or at www.abundantlifehousing.org under the donations tab. Send condolences online at www.hastingsfuneralhome.com
To send flowers to the family or plant a tree in memory of Nancy Richmond, please visit Tribute Store
Thursday
22
December

Share Your Memory of
Nancy
Upload Your Memory View All Memories
Be the first to upload a memory!
Share A Memory
Send Flowers
Plant a Tree