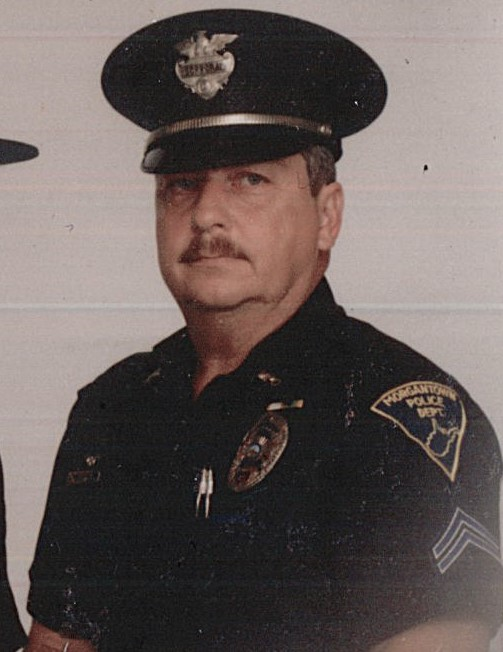 Please share a memory of Oran to include in a keepsake book for family and friends.
View Tribute Book
Oran Charles "Mike" Robinson, 81, of Morgantown, passed away on Wednesday, December 21, 2022, at JW Ruby Memorial Hospital. He was born on December 4, 1941 in Parkersburg, WV, son of the late James Robert Dorwin and Virginia (Peters) Robinson. After high school, Mike worked in Washington, DC for several years before returning to Morgantown in November 1968 to launch his new career in the City of Morgantown Police Department where he spent 22 years of dedicated service. After several years of retirement, he went to work for the US Marshal Service as a lead court security officer for Bankruptcy Court in Clarksburg, WV. Survived to cherish his memories are his wife, Pattie (Spencer) Robinson; children, Michael D. Robinson and his children, Christopher, Chyanne, Michael V. and Bobby Jo, James R. Robinson and his children, Daniel, Ethan, Emily and James, and Catherine S. Joseph and sons, Tyler and Zackery; step sisters, Kathy Chin and Crystal Wilson; stepmother, Rosalie Robinson, as well as several nieces and nephews. In addition to his parents, he is preceded in death by his sister, Charlene Robinson Sargent and brothers, Dennis D. and Walter Robinson. Mike was known for his enjoyment in bowling, fishing, and spending time with his wife, Pattie and family. The family sends a special love to their niece, Sidney Robinson. Friends and family will be received at Hastings Funeral Home, 153 Spruce Street, Morgantown, on Thursday, December 29, 2022, from 2:00 until the time of the Memorial Service at 3:00 pm with Pastor Kenny Reed officiating. In lieu of flowers, Animal Friends of North Central West Virginia, P.O. Box 1090, Dellslow, WV, 26531. Send condolences online at www.hastingsfuneralhome.com
To send flowers to the family or plant a tree in memory of Oran Robinson, please visit Tribute Store
Thursday
29
December

Share Your Memory of
Oran
Upload Your Memory View All Memories
Be the first to upload a memory!
Share A Memory
Send Flowers
Plant a Tree