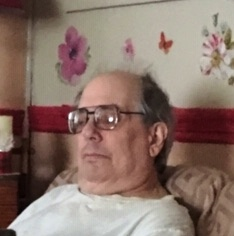 He was a former altar boy raised in the Greek Orthodox Church and a member of at Assumption Greek Orthodox Church. He was a 1974 graduate of Morgantown High School, then went on to WVU and Fairmont State and majored in Electrical Engineering. He worked for over 30 years at Sound Investments as the senior installer meticulously installing car stereos and electrical equipment throughout WV until his retirement. Nick also worked for Tom Kurzack at the old Morgantown Jr High and worked at the Roller Skating Rink at the former American Legion building. In his free time, he enjoyed listening to music, working on cars, electronics, and collected cell phones.

He is survived by his sister, Claudia Asvestos; his faithful dog, Kai; maternal uncle and aunt, Nick and Helen Stepoulos; paternal uncle, Tony Asvestos, and several other aunts, uncles, and cousins.

Nick's family would like to thank the many nurses and doctors who took care of him at Mon General, WVU Medicine, Amedysis palliative care staff, and especially his beloved doctor Michael O'Keefe and nurse Perkie who cared for him as he courageously battled heart disease for 11 years.

A memorial prayer service will be conducted at the Assumption Greek Orthodox Church, 447 Spruce St., Morgantown on September 22, at 1:30 pm with Rev. Fr. David Shaw officiating. In lieu of flowers, memorial donations may be made in his memory at www.givingcompassion.care.

Online condolences may be made at www.hastingsfuneralhome.com.

To send flowers to the family or plant a tree in memory of Nick Asvestos, Jr., please visit Tribute Store
Sunday
22
September

Share Your Memory of
Nick
Upload Your Memory View All Memories
Be the first to upload a memory!
Share A Memory
Send Flowers